Chris Pérez is more than just cool rock riffs snuck into saucy Selena songs. Let's rid ourselves of that misconception right from the git-go. In this week's music feature, "Siempre Selena," the lead guitarist of Los Dinos and husband of the beloved singer opens up. Here's a fun part of the interview (not in print) that got a little more nerdy. 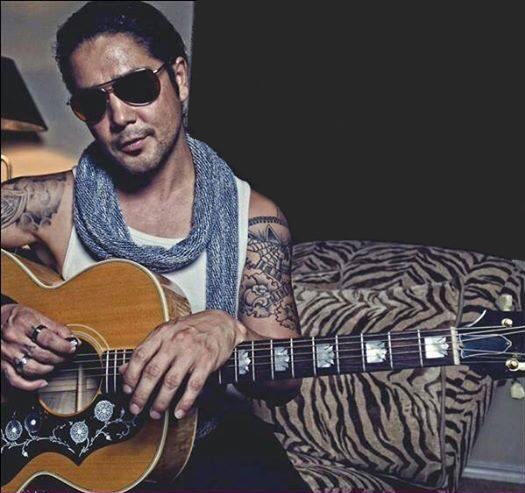 Austin Chronicle: I have some rapid-fire gear questions for you.

CP: An orange Dunlop .60mm gauge. It’s got the turtle on it, and on the shell it says Tortex.

CP: I’m coming out of my analog phase and gonna go back into digital. Back in the Dinos days, I was real high tech with the midi-racks and the midi-floor controller. You have your Marshall JMP-1 pre-amp, your Rocktron Intellifex, your Rocktron Replifex – crazy graphic-y gear that has 99 presets, and you can store your own, and so when you step on the button on the pedal everything would change, and it would look like a space station, you know? I went from that to just a 5150 head, used an effects loop for my basic CryBaby, a chorus, a delay. That’s pretty much it. I have an EQ in there, an MXR, a graphic EQ, but I use that just for boost. Like, if I’m going to do a solo, I might cut some lows off of it, and just raise the level of it, the overall level, so when I step on it, the volume kind of pops out of the amp a little louder. That’s what I’m using now, and I love it.

It’s just that I'm always pulling shit in and out of there, and it’s so hard. Each pedal I want to take out – you don’t have the room in your pedal board; it doesn’t belong in that place – I have to rearrange the whole pedal board, that’s what I don’t like. The racks you can program, and it’s got so many multi-effects in one thing. I kind of miss that.

CP: Yeah, the very first ones they came out with.

CP: Man, people are going to freak out. It’s a Gretsch Duo Jet, with a Vox AC130. There’s this Matchless that I love… Uhhh, anyway, but you’re making me pick one, so …

AC: And that’s performing or studio?

AC: What about performing?

CP: I mean … Oof! I can’t, man! Performing, I’m going to go with my C-1 [Schecter], the one that I had with the Dinos. And that head, the dual 5150 head is fine. Basically that guitar, I can play through whatever. It’s so special to me, you know? A close second is my honeyburst Les Paul Standard. That’s a close, close second. It just can’t do for me everything that that Strat does. Yeah, it’s got humbuckers, two Texas Special single coils, and the locking Floyd Rose [nut] on it.

CP: Yeah, and I have a drop D tuner on the low E string, that’s all I do, some drop D stuff. The guitar came with the floating bridge setup, but I went ahead and put another spring in the back, and I screwed that plate in as far as I could, so that the base of the tremolo is kind of stuck to the body. In other words: It only goes down, it doesn’t come up.

AC: You read my mind. I was going to ask about customizations.

CP: My reason for that is, they say you get more tone and blah blah blah. That may be true, but the reason I did it is because I was always – and still always – breaking strings. You know how it is. You got a floating bridge and a string breaks: You’re screwed. You have to put a new string on right then and there, versus if you have it the way I have it set up, you just keep playing through the song, nothing goes out of tune.

AC: Did you have a guitar mentor?

CP: I’ve talked to some really awesome guitar players, Carlos Santana being one of them. You know you gotta use some sort of deciphering code to get through his language. Super cool, man.

Before, when I was much more technical, I would over-think things. It would take me a long time to figure parts out. My brain would just lock up on me. Now, I can approach it a lot easier, simpler.

When I learn something new in life, I approach my guitar differently. I’ve got a 16-year-old daughter. She’s been playing guitar a little bit here, a little bit there. When she’ll want to learn a song – something I’ve never heard before – and I hear it, and I play along with it maybe once or twice, maybe three times. I’ll say, “Okay, stop it.” She’ll stop it, and I’ll say, “Okay, here’s what they’re doing.” Maybe one more time regular tempo, and then I’ll hand her the guitar and say, “Here.” I’ll sit there and watch her, and I’ll see her little fingers. I start feeling a little insensitive about it, because I remember being there. I’ll watch her – of course I’ve got to give her a hard time: “Nope! Nope! Nope! Uh-uh, nope!”