First of three performances in Austin this weekend 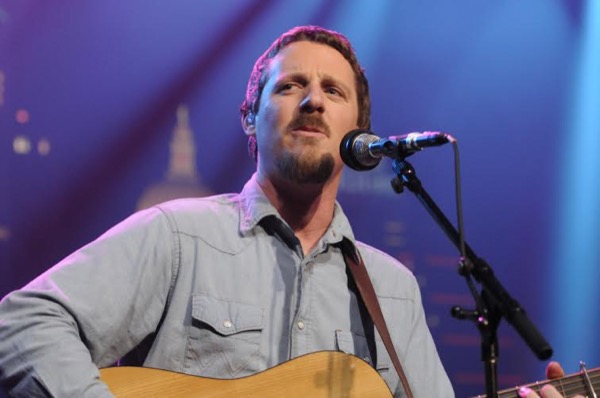 “It’s an honor and a pleasure,” he said calmly before launching the quintet into the accelerated shuffle of “Sitting Here Without You” and somber “Water in a Well” from 2013 debut High Top Mountain. One simple indication of Simpson’s complete lack of affectation may have been his New Balance sneakers, unexpectedly practical footwear for an artist heralded as the savior of country music.

As much as Simpson acknowledges tradition – from an obvious Waylon Jennings influence to the nod at his Appalachian roots in covering Ralph Stanley’s “Medicine Springs” – his authenticity emerges in the ways he breaks from it. The psychedelic, metaphysical musings of his lyrics, and the unapologetic eclecticism of styles and genres that he pulls from all wrangle into something altogether new, while maintaining one foot in classic outlaw country territory.

The most potent revelation of Simpson’s 65-minute set wasn’t the singer’s rallying, back-of-the-throat yelp or poignant directness of his songwriting, but rather the spotlight he let shine on his lead guitarist, Laur “Little Joe” Joamets. The Estonian axman, virtually unknown until Simpson tapped him for the band, soloed nearly every song, at times coaxing pedal steel sounds from his electric slide guitar, then jumping into bruising riffs. His proficient prominence testified both to his exceptional talent and Simpson’s willingness to highlight it. Between Simpson’s heavy drawl and Joamets’ whiz-bang guitar, the two create a formidable live show.

The first half of the 16-song set hewed closely to Simpson’s debut LP, though “Long White Line” and “Life of Sin” both riled the crowd early. The back-to-back punch of the twanged “Living the Dream” and emotionally-ripped “The Promise” served as highlights, as well as closers “Turtles All the Way Down” and “It Ain’t All Flowers.” The encore then encapsulated Simpson’s ethos.

Returning to the stage, he introduced his take on “I’d Have to Be Crazy” by acknowledging its Texas songwriter, the late Steven Fromholz, rather than its popularizer, Willie Nelson. Likewise, the closing romp of the Osborne Brothers’ “Listening to the Rain” spliced in T. Rex’s “The Motivator” as Simpson and Joamets faced off on guitars.

Simpson may be the hottest thing on the edge of country music these days, but he’s not afraid to keep pushing the boundaries even further. 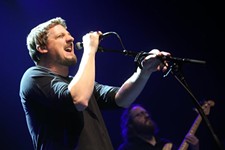