“Wear something pretty and white”

On Thursday, April 2, Emmylou Harris turns 68. That same day, Austin’s Jaimee Harris turns 25, so she’s put together a tribute at Strange Brew to Emmylou’s Wrecking Ball, released 20 years ago come September. The album crossed over Harris from country to indie and was produced by Daniel Lanois, the title track written by Neil Young.

Jaimee Harris, meanwhile, has spent the last couple of years making a name for herself on the local music scene. She’s sat in on Sunday morning gospel brunch with the Purgatory Players at Strange Brew, gigged at Holy Mountain, and sung with Seela, Charlie Faye, Matt McCloskey, Josh Halverson, Ali Holder, Jimmy LaFave, Jonny Gray, David Ramirez, Kalu James, and even my band, the Painted Redstarts. 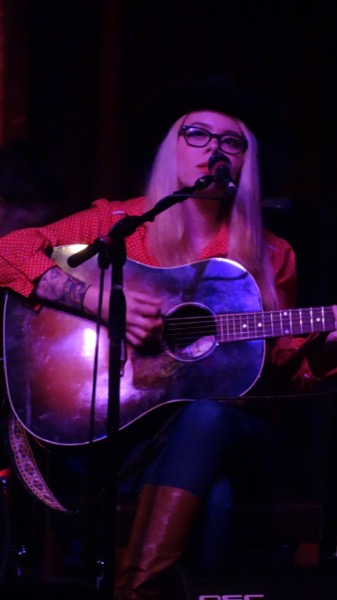 “The biggest compliment I’ve ever received was from a live music fan,” she recounts. “He said, ‘You’re like the Emmylou Harris of Austin. You’re singing on everyone’s records, singing backup for everyone live, and doing your own thing. And there’s never any doubt it’s your voice.

Harris grew up in Waco. In high school, she played as a duo with her father in the Dallas folk scene as Better Off Dad. In 2002, her dad took her to see Patty Griffin and Emmylou at her first ACL Music Festival. Inspired, she left Austin writing her first original songs. After attending Colorado State University, she moved to Austin in 2009.

“David Ramirez and I toured together in the summer of 2008,” she says. “David had just left Nashville and decided to move to Austin after some significant time on the road. David suggested I try out Austin as a new home as well. Austin is close enough to Waco that I knew I could afford the gas to run home if I got into too much trouble.”

“I didn’t know anything about Austin when I moved here other than so many of my heroes live here. At times, I still can’t believe I live here. It seems surreal to me that I’ve played places like the Cactus Cafe and Continental Club, because that’s where I’ve seen my heroes play.

“I really hope that feeling never goes away. I believe what makes Austin so unique is its artists’ willingness to work together. It feels like we’re all rooting for each other here instead of trying to climb on top of each other.”

For the tribute to Wrecking Ball, Harris has gathered old friends and new ones, much like Emmylou did when she recorded the album. The house band is made up of Fred Mandujano, Brian Douglas Phillips, Jacob Hildebrand, Jayme Ivison, and Lonnie Trevino. The songs will be sung by Michael Fracasso, Charlie Faye, Charlie Stout, BettySoo, Barbara Nesbitt, Noelle Hampton, Bonnie Whitmore, Kacy Crowley, Daniel Whittington, and Ellen O’Meara.

“I’ve always really connected with Emmylou’s music and have always been mesmerized by her unique voice,” says Harris. “There’s nothing quite like it. However, I’ve found that her approach to music is above all most appealing to me. It’s kind of a chicken or egg thing. I can’t figure out if I followed a similar path as Emmylou because I admire her, or if I accidentally ended up crafting my career in a similar way.

“I’m a huge fan of her willingness to collaborate with so many artists, as well as new artists. She seems to be such a team player and I really love that about her.

“As for turning 25 years old on Thursday, I will be legal to rent a car!” 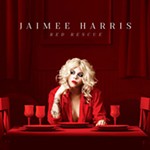