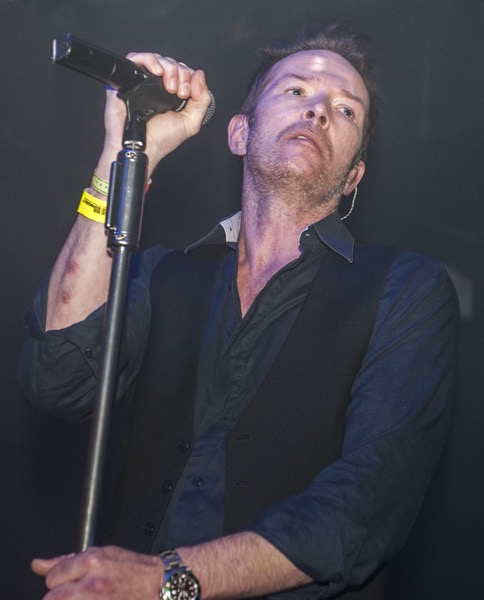 His new band, the Wildabouts, is definitely a backing unit. They’re competent, professional, and ably deliver the tight, thumping modern glam that’s been Weiland’s trademark since STP’s “Big Bang Baby,” the third song here. They may not offer much personality, but that’s not their job.

Rather, “personality” remains the first word in Weiland’s job description. The band stays out of his way as he serves that in spades. Twitching about deftly, he sang through a bullhorn like vintage Gibby Haynes, unleashing his gritty croon.

The set focused on material from yet-to-be-released Wildabouts debut LP, Blaster. Naturally, the lid burst off the room’s pressure cooker each time an STP nugget like “Vasoline” was unleashed. Forty minutes later, air raid sirens shrieking as a Les Paul screams in complaint against the amp, it’s done.