During its Eighties heyday, the Church’s hit with “Under the Milky Way.” Since then, the Australian institution endured creative entropy, poverty, and internal tension leading to the departure of co-founding guitarist Marty Willson-Piper. A lifetime achievement award from the Australian Recording Industry Association re-lit the furnace. 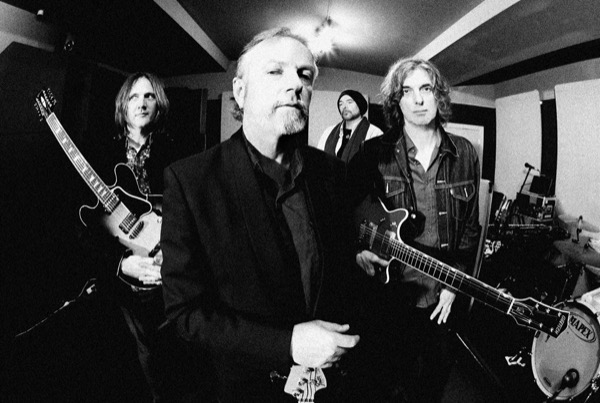 Austin Chronicle: I saw you play an acoustic show at La Zona Rosa almost 10 years ago.

Steve Kilbey: Yep. I’ve still got the La Zona Rosa T-shirt. My daughters are always after me not to wear it when I’m with them. It embarrasses them.

The Church have an incredible connection now with Austin, because the guy who made this album possible – our new patron, Kip McClanahan – lives in Austin. Without Kip’s encouragement, his insistence on us doing this the way it had to be done, I don’t think it would’ve gotten made. So this guy has more than facilitated this record. He’s right at the very heart of it, in a spiritual, motivational, and definitely in a financial sense.

It’s so reaffirming to realize there are good guys out there who are philanthropists, just like patrons in the old days, going, “Just make the record, and I will look after things. I’ll pay you a wage to make the record. If you want to hire a really good studio, you should.” It makes you feel reinvigorated.

AC: How are you feeling about Further/Deeper a few months down the way? Did it meet your creative expectations?

SK: Yes, it did. At the time when we did it, and shortly after when I still had some objectivity, I thought surely this is one of the best records we’ve been involved with. You couldn’t say that there’s a track on the album that doesn’t have a lot of love and a lot of thought put into it. I think it’s pretty fucking good!

AC: This is going to be your first time at South By Southwest since 2004’s Forget Yourself.

SK: Sometimes these things are a bit bewildering, but if I’m playing shows and there’s an audience there to hear them, that’s really what I wanna do. Hopefully the other things you have to do work out alright. Really, the show is the thing that excites me, not answering questions or being on a panel. But I don’t want to be ungracious about that. I’m happy people want me to be in those things.

AC: A couple of years ago you were talking about quitting the band. Yet the Church has been on this huge upswing, with the Psychedelic Symphony shows, the ARIA award, the Future Past Perfect tour, and now a great new album. Was there a time when you felt the band had run its course?

SK: I’ve often felt that way. It’s sort of like if you buy a car. For the first five years it’s a brand new car.  And then after 20 years, it’s an old car. You go to the garage and the guy goes, “Hey, I don’t know why you want me to fix it. You should get a new car.” But if you keep hanging on to it for a longer time, eventually you’ve got a vintage car - something that suddenly has become worth something again.

Sometimes when you’re making really good music, people can’t see what it is. Look at Big Star and their third album. People couldn’t understand how brilliant it was at the time. It was only afterwards, like Van Gogh. That happens to the Church a bit. Some new musical thing comes in, and we get bad reviews and the critics can’t understand us or like us anymore, and we just seem old and tired. Then after a few years there’s some kind of re-evaluation.

AC: Even making some of your best music, at this point.

SK: I really hope we are, and it makes me really happy to hear you say that. Because we’re competing against our own legacy, and the kind of prejudice that comes with that. And also, because we’ve got a new member ....

When anything changes, when anybody leaves the band or anything’s different, a lot of people don’t like that. And I can understand that they don’t like that and don’t want that. So we’re up against our old selves as well.

AC: Australian music has its own distinctive flavor, whether you’re talking about the Birthday Party, Triffids, Go-Betweens, and Died Pretty, or newer bands like the Drones and King Gizzard & the Lizard Wizard. What is it about the location that makes Australian rock unique?

SK: What you have to remember is that Australia is equally influenced by Britain and America. A lot of kids in America only listen to American music, and a lot of kids in England only listen to English music. But we take it all in. And Australians have their own way of doing things. We take our time, and we’re more likely to want to do away with the pomp and circumstances. We’re not so prone to being on a star trip.

I think we also demand more of ourselves sometimes. Australian audiences are harder to please than American and English audiences. You have to work a lot harder to impress anyone, and I think that has all added to the way Australian bands like to operate. We’re up against some long odds to even be heard.

All of the bands that you mentioned have their own distinctive sound. You’d never find a band like the Triffids or the Go-Betweens in America or England. They invoke Australia – not just the outback and kangaroos, but also the modern Australian city and condition. Because of our great weather here, we take things a lot more easy. We’re not so fucking uptight, and people are more trusting. There’s a certain tropical lassitude as well. It’s kind of fascinating.

The Birthday Party, Died Pretty, and the Drones have locked into another aspect. There’s an Australian word: the larrikin. It’s someone who just does fucking whatever he wants to do, because of an anarchistic, fuck authority, bush ranger [mentality]: “Let’s go onstage and be wild and angry and untameable.”

That’s something Australians find within them, too. We’re not so impressed by authority. I think all that feeds and blends into our psyche, and then comes out in our art. That’s the difference you’re hearing that you can’t define.