The Internet age moves fast, but the rise of Fort Worth’s Leon Bridges can only be described as meteoric. The young soul singer with impeccable style has released just two songs from an album with a possible June release date, but they garnered more than a million plays on Soundcloud within a week of release. 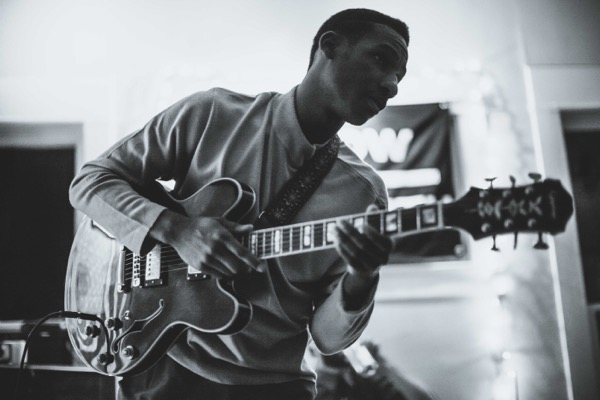 “A couple of months ago I was still washing dishes,” explains the 25-year-old Bridges. “I never thought my music would grow and people would know about me. I would never have expected all the opportunities that have happened. I wasn’t sure if I’d be ready for it, but I’m just learning along the way and doing pretty good so far.

“A lot of it has to do with the songs and the way people are responding.”

Quote/unquote "discovered" by Austin Jenkins and Josh Block of Austin’s White Denim last August, Bridges soon had the pair so enamored with his authenticity that they joined his stage band and produced his disc.

“I really didn’t know anything about White Denim when I first met them,” he says. “Austin talked to me about recording and I was like, ‘Cool, let’s do it.’ I didn’t think he would come through with it, but he got on it so fast. He got the players, he got the place, and the first song was tracked.

“We tracked about 20 songs and boiled everything down to 10 songs. They seem to be capable of doing anything.”

His songs evoke the Fifties and Sixties, and his fashion sense and stage presence match the music with an unusual amount of detail. While often compared to Sam Cooke, the recent Columbia Records signee claims to only recently have discovered the soul/gospel legend.

“I heard of Sam Cooke when I was a kid, but I never really listened to him,” admits Bridges. “When I started writing songs about four years ago, I was listening to hip-hop and neo-soul. I had a song about my mom, ‘Lisa Sawyer,’ and it just seemed to fit in that old sound. A friend of mine asked me if Sam Cooke was one of my inspirations and I felt bad because I had never really listened to him.

“Once I started to dig deeper, that’s when I found my voice with that style.”

When Bridges landed at C-Boy’s Heart & Soul on South Congress in January, he sold out two nights with delicate songs. His voice was sweet and the Sam Cooke comparison holds, but he also evoked Hank Ballard and Donny Hathaway in his stunning range. The soul music revival of the last decade can’t claim Bridges, who accomplishes something else entirely.

“I think people compare me to things that they know,” relates the singer. “I’m a little more smooth, not shouty. The soul revival acts are not my style.”

His style includes dressing the part: High-waisted pants, cardigan sweaters, and Wayfarer shades. It comes from a 1966 Life magazine photo essay on the “fearsome street gangs” of L.A.’s Watts neighborhood.

“When I first started writing music, I felt that it wouldn’t be the same feeling if I didn’t look right. Everything’s consistent from the way I dress to the music to my stage presence. It was just my idea of what a Fifties or Sixties soul singer would dress like. I found the ‘Dapper Rebels’ from L.A. in 1966 and copied them.”

It’s Bridges' first SXSW, and he’s got a whirlwind in front of him. Like everything else in his fast-paced life, he thinks he’s prepared.

“I’ve heard some of the stories,” he laughs.