Openers Eastern Sidekick have as much kinship to the stereotype of chirpy Seoul teenybop as Oasis did to the Spice Girls. Singer Juhwan Oh even has a little Gallagher swagger about him – minus the air of pugilistic diffidence. You could imagine the Manchester crew titling a track “Buggered Man” on Definitely Maybe, even if the South Korean spiritual siblings bring a little less grit and a little more polish to their three-minute stompers.

Asian Chairshot pull on the same bong as grubby barroom-era Soundgarden, and are at their best when swirling their own brand of psychedelia. When hammering out plodding headbangers, the longhaired South Korean trio becomes less effective. More deliberate were the Barberettes, pop in its earliest, most pristine form, when it was just segueing out of big band. 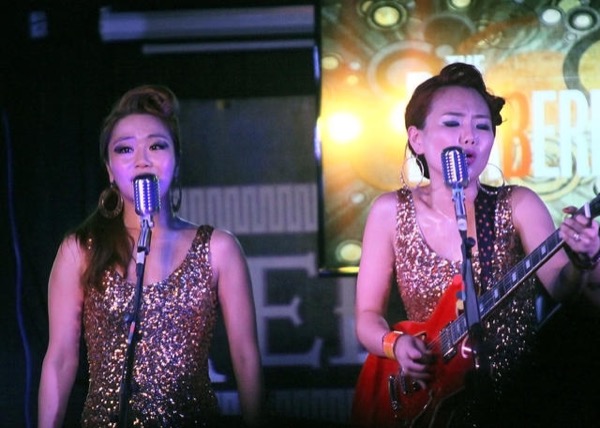 Clad in matching gold evening gowns, the harmonizing trio fronting the Forties sextet makes a sound that great grandpa would have recognized on the radiogram, a perfect dose of sugary vintage pop given bittersweet joy with a heartfelt homage to Ronnie Specter’s “Be My Baby.” They remained regal in the Elysium sweat box Thursday night, before body-popping K-hip-hop crew EE broke the thermometer. They swapped the sequins for face paint and body glitter, sweating and swerving through undeniable club bangers. 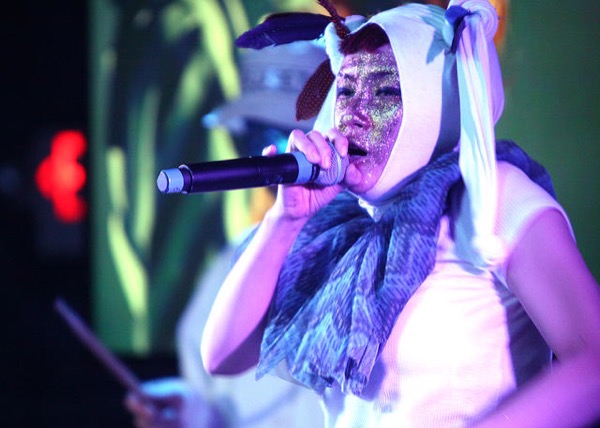 If there’s a previously undiscovered country between Jabbawockeez showmanship and Die Antwoord outsider artist, they rule it. They turned the crowd into seething mass before turning them over to Hitchhiker. After EE’s showmanship, the mysterious DJ was a performance letdown. After all, a hit-one-button-and-dance DJ is always a hit-one-button-and-dance DJ, whether they’re wearing an aluminum beekeeper’s suit or not. 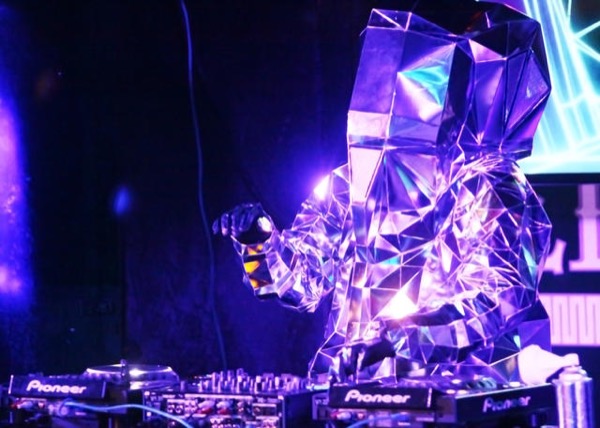