Though the Chronicle’s annual “Hair of the 3-Legged Dog” day party on Thursday offered plenty of thrills, from free Tacodeli to vodka and dog squad host Hank – this weekly’s tripod rescue and mascot – a cluster of ATX bands on the verge remained the reason to RSVP. 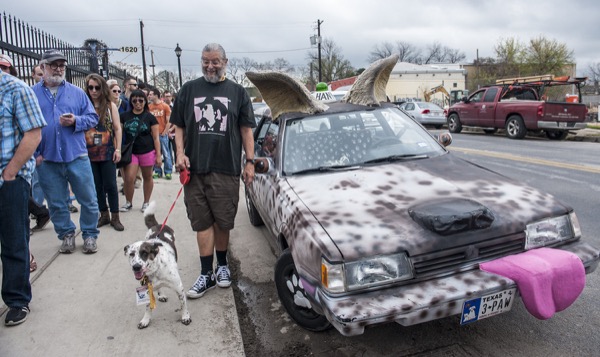 Chronicle Publisher and SXSW co-founder Nick Barbaro arriving to the party with his dog Hank in the Hankmobile. (Photo by David Brendan Hall) 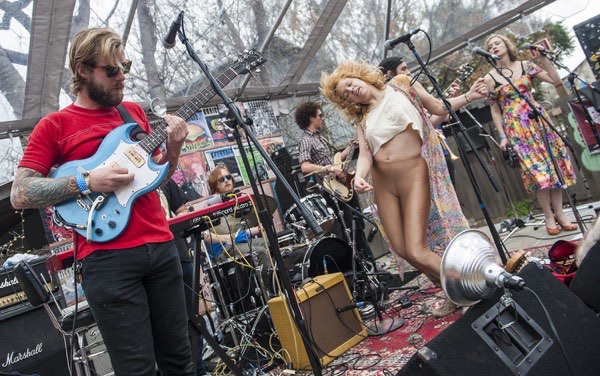 Sweet Spirit got slapped with next big thing status right out of the gate, and it’s easy to see why. Outside of frontwoman Sabrina Ellis’ obvious charisma, part Florence Welch, part Lucille Ball, the locals bring giddy fizz to classic pop, allowing the energy to mask the hard work that’s clearly gone into the songwriting. With the right pinch of Sixties, more Brill Building than Beatles, the band hooks boomers and hipsters alike. 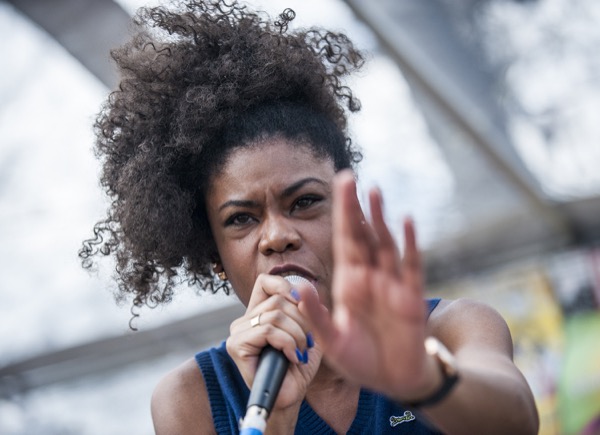 Stop! In the Name of Love: Anya (Photo by David Brendan Hall)

Rapper Anya took the stage with a guitar trio led by her father. The young MC accentuated the positive, starting with a love song to hip-hop and backing up her faith with an easy delivery. Sitting comfortably in the groove alongside singer/rapper Blue Suede, Anya got occasionally political, but stayed on message with a casually defiant “do what you want, be who you are” aesthetic.

Neither aggressively brash nor self-consciously quirky, Anya simply made it look easy. 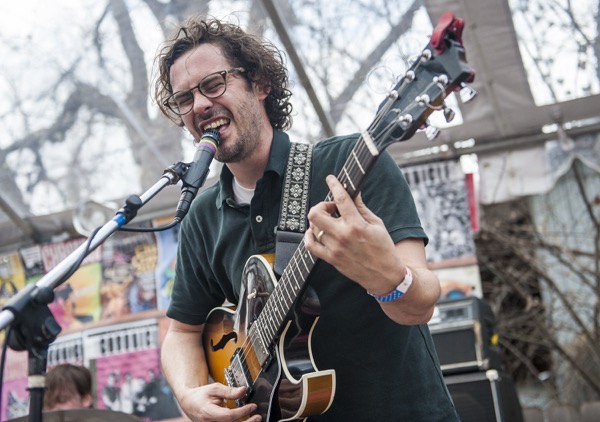 Bop English, the offshoot of White Denim frontman James Petralli, shifted the focus of the party from songs to jams, uncorking a set of tunes ripe for extended guitar solos. Though less prog than the mothership, and with an emphasis on boogie rather than funk, the apple hasn’t fallen far from the tree. The frontman’s jazz-inflected singing style remains intact, the stage setup’s the same, and the end goal remains similar: start a song then let 'er rip. 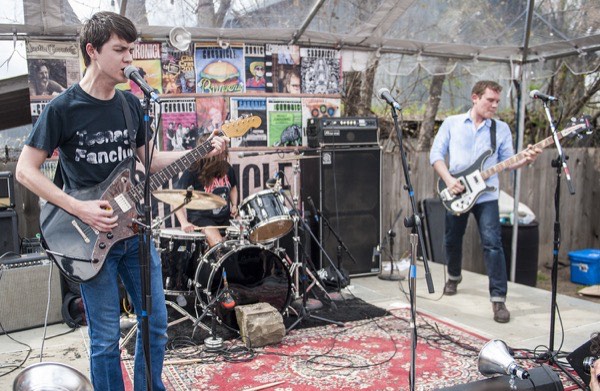 Surrender... to the Flesh Lights (Photo by David Brendan Hall)

Flesh Lights, on the other hand, have moved from strength to strength over the years, upping their game as the songwriting has become more sophisticated. Latest LP Free Yourself is proof. Drawing equally between the melody of power pop and the energy of punk, the trio burned down the stage with high-octane tuneage.

Waving a Cheap Trick flag, guitarist Max Vandever, bassist Jeremy Steen, and drummer Elissa Ussery spewed more energy than the other bands combined. Throwing out buckets of attitude alongside bolts of melody, Flesh Lights nailed the sweet spot between punk and pop to the wall.