“I am the most famous Haitian in my century, right?”

Haitian hip-hop mogul Wyclef Jean, showcasing midnight tonight at Gatsby, ran a 2010 campaign for president of his native country that ended with the New Jersey singer being disqualified on residency grounds. Five years later – seven years since From the Hut, to the Projects, to the Mansion – he anticipates eighth studio LP Clefication. 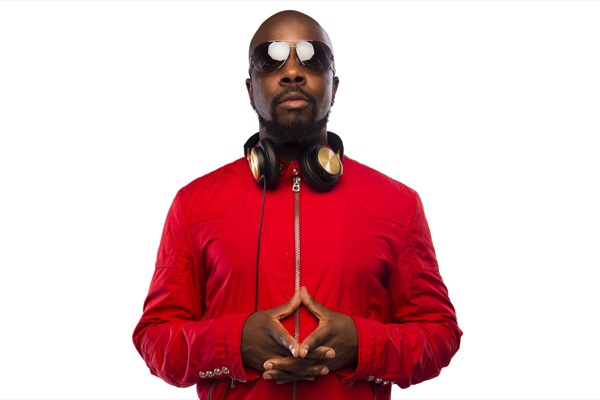 Austin Chronicle: So, you’re back in the studio after seven years. Were you just ready to record another full-length, or was there something about working with Avicii that sparked that in you?

Wyclef Jean: Whether you hear the music or don’t, I have over 500 songs recorded, so we’re constantly in the studio recording. Usually, when people pass away, they be having mad catalogs of music that you’ve never heard, and it’s like, “When did they do this?” Musicians, we’re constantly, naturally rocking.

For me, the Avicii relationship came when I was touring in Europe. When I was over in Europe I heard “Wake Me Up.” Originally, I’m like a jazz major, like in high school I studied a lot of jazz as a kid. I love bluegrass and everything. So, the minute I heard the sonics, I was like, “Yo, this sounds like The Carnival [Jean’s 1997 debut]. Who’s mashing up the styles like that and making it just sound perfect? I gotta get with Tim [Bergling, Avicii].”

AC: I loved Aloe Blacc’s album last year. “Wake Me Up,” the acoustic version, was such a standout from that disc that when I heard Avicii’s take on it I was taken aback, because it was totally flipped.

WJ: You know, as a musician, and a natural DJ from the age of 14 years old, that’s the stuff we live for. If I was mixing that song live in the club, playing with my homies, there’s a break beat that I would find at some point to kick into the song. I remember when I produced “Killing Me Softly” [for] the Fugees. There were definitely people who know the original, who said, “You just butchered the song!” [Laughs.] They were so used to how they heard it, so I fully understand when fans of music say, “Hold up, what the fuck is this?” I get it, but as a producer I have two heads on how I listen to music.

AC: Speaking of the single, “Divine Sorrow,” it struck me for a guy who’s just left politics you don’t sound very sorrowful. Has refocusing on producing this album refreshed you?

WJ: We all have people that we look up to, so me I have a few idols, one being Bob Marley and ... the late Nelson Mandela that I got to spend time with. As the world looks at politics and history, 100 from now when the kids look back on this, what I would like them to remember is the story that will be told of the man who was a Fugee and decided he was going to try to go into politics to change his country.

From where I come from, a small village, and then landing in Brooklyn, in New York City – statistically, throughout the entire world – I am the most famous Haitian in my century, right?

To find another Haitian as famous as I was, you have to go back to Tousssaint L’Oveture. That’s how far back. It can’t be that he was just created to leave the village, and just come to America, get the dream, make people dance, write a bunch of songs, and then just die.

I’d be watching the Beatles, or I’d be watching John Lennon – “Give Peace A Chance.” I’d be watching Dylan say certain things, or even Marley pushing the envelope to get the two parties to unite. For me it wasn’t politics. It was duty and it was service for something that was necessary in the urgency of the time. Even though the terminology is politics, that is not how I looked at it.

I looked at it like, as a young Haitian leader at the time: Every youth in that country that is under 21, which is more than half of the population, there was an absence of leadership. There was a movement that we started that they loved. Our whole movement has always been poli-sci, you know? That’s what it is. We’re not going to sing about it. We’re going to challenge legislation for what we want.

When I came back, the first record I wanted y’all to hear, the reason why I loved “Divine Sorrow,” it sounds just like a hymn to me. Coming from my daddy’s church, it was my way of thanking the fire, of thanking sorrow. Sometimes we go through so much shit ....

I remember when I cut my dreads. That’s sort of what the song reminds me of. When I look at my daughter, who’s 9, and I look at her in the eye, “Dear… blossom/ I’m going down to the old rock bottom.” It’s really for her. I was 4 years old and we were in the most dangerous slums in Haiti. It was damn rock bottom down there.

AC: I read an article where you said something about how you have to show your daughter everything about the Fugees, and it made me wonder what you tell your daughter about your upbringing in Haiti?

WJ: One thing I learned about Bill Clinton – you’ve got to tell your kids everything. You have to tell them while they’re growing up, and you have to do it in real time. You can’t wait for somebody else to tell them. So before she goes to sleep, when she was younger she would say, “Daddy, tell me a story about what it was like in Haiti.”

That was always my chance, at nighttime when everyone else is reading Little Red Riding Hood and things, to be able to be like, “There was a man who was born in a village. He used to take a donkey to school. He was very poor. He spoke a language called Creole.” And then I teach her the history of Haiti. This is Creole, this is Spanish.

That’s just a priceless gift. And not just telling her, but being that she’s been there and experienced it.

AC: Last year I had a conversation with Jean Grae about how much distribution has changed in the last decade. In the seven years since you’ve cut a studio LP did you notice major changes?

WJ: What’s funny is before I left and ran, I remember two of the most famous Wyclef records: Gone Till November and one called If I Were President. And really, the version of If I Were President that everybody loved, was just the one we put online. That ended up being as famous as Gone Till November, a record that was promoted on the radio, which had all kinds of backing. It was clear to me that shit was changing.

For me, it’s at a beautiful space, because the artist can carve out what they want to do. You know the demographics. You know where The Carnival fans are at, you know where the Fugee fans are, you know where the Shakira fans are. Everything is just you with the consumer if you play right. We used to be the third party. The corporations would make the deal. Now it’s artists, the consumer, and then the record company plays the third party. That’s the difference, the unique ways you get music directly to your fans.

“Uncle Clef, what’s the advice for longevity?” You never let the single get bigger than you. You have to get ahead of it so you can perform it. Those hits are fads, but y’all aren’t spitting out cultural phenomenon.

AC: In the last couple of years we’ve seen a lot of hip-hop superstars reuniting for the festival circuit. If the Fugees were ever to reunite, would you want it to be that kind of a format – Coachella, ACL Fest, etc?

WJ: I think that the Fugees paint their own script. It would be what the fans wanted, if we ever decided to do that. I don’t think it should be in an orthodox format. We’ve always believed in movements, and people would have to feel like they’ve got to get up and go somewhere and do something. It’s almost like they would have to have an experience versus a concert. We’re not opposed to either or, if one was to bring the actual experiences.