Kendrick Lamar: To Pimp A Butterfly

On “Wesley’s Theory,” Jamaican elder Boris Gardiner sings, “Every nigger is a star,” fading in as both commencement and as an overarching theme to Kendrick Lamar’s second album, To Pimp A Butterfly, released yesterday on iTunes. Premise stated, the LP requires more than the eight listens and 24 hours I’ve given it to digest all the rapper’s messaging. 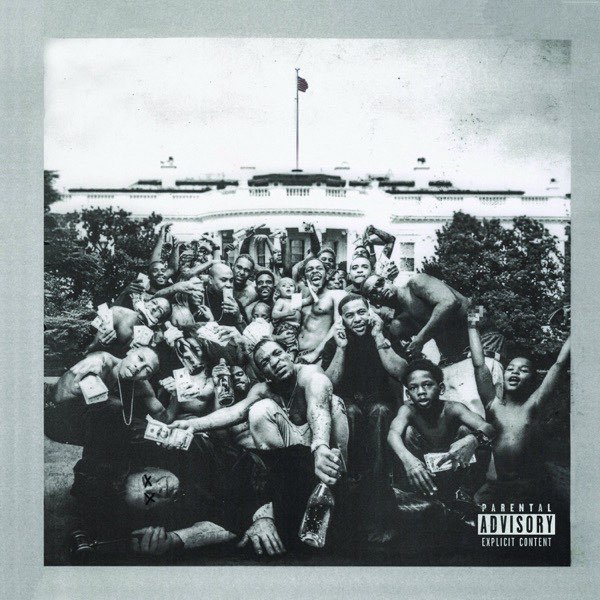 Already hailed as instant classic, the album engenders hyperbole that proves more and more difficult to keep in check with each spin.

From the aforementioned lead track, and into “For Free,” there’s a clear line of demarcation from the Kendrick Lamar of two years ago on good kid, m.A.A.d. city, and this newer, experienced version. Fully realized on the funk-driven Sounwave/Terrace Martin production “King Kunta,” the MC expounds on the power complexes of slavery and fame.

“These Walls” stems from Off the Wall-era R&B, using walls in various metaphorical contexts, but largely as containment and compartmentalizing of consciousness. The dark and expansive “u” starts with the rapper looking himself in the mirror, and disliking what he’s becoming before falling into a drunken depression during the (genius) second verse.

Pharrell pulls out the trap drums for “Alright,” Lamar naming the evils of the record industry and someone named Lucy – but remembering to stay grounded with his faith. Pushing the Lucy theme forward in “For Sale?” continues the castigation of hip-hop’s love affair and unending pursuit of money. Noted here is the perception that one must sell their soul to Lucy/Lucifer in order to reach the proverbial pot of gold.

The wordsmith doubles down on the delivery and ghetto vernacular, with A-1 quality bars about a world mostly unknown to the rest of the America on “Hood Politics”:

Already one of the great storytellers in rap, he details interaction with a homeless man who reveals himself to be God on “How Much a Dollar Cost,” exposing his selfishness and lack of gratitude and mercy. Rapsody-assisted “Complexion (A Zulu Love)” puts the white-hot lava also named “The Blacker the Berry” in better context.

Perhaps realizing depth could be added, Lamar uses a more “live” version of “i” for Butterfly, the end of which includes the most critical collection of lyrics on the album. Stopping for crowd disturbance, Lamar raps a lost African history of the word ‘nigga’:

“Well, this is my explanation straight from Ethiopia. N-E-G-U-S definition: royalty, King royalty - wait listen. N-E-G-U-S description: Black emperor, King, ruler, now let me finish. The history books overlooked the word and hide it. America tried to make it to a house divided.”

“Mortal Man” closes the song cycle, with its creator likely knowing that a larger drama is still on the way. Messages, like the ones found in this album, are usually followed by “issues” with the law, drug arrests, trips to South Africa, and mysterious, forever unsolved fatal shootings. Interspersing interview with Tupac Shakur, the young street poet finds common ground with the lost legend, attempting to find understanding.

Kendrick Lamar’s rocketing ascension to rap’s Mount Rushmore – which has included crucial appearances at both South by Southwest and the Austin City Limits Music Festival – means a laser etching in the granite next to the likes of Tupac. With To Pimp A Butterfly, he sheds himself of the metaphorical cocoon, constantly reminding the listener that true MCing remains soulful and spiritual truth saying. As Pac extols, “We ain’t really rappin’. We just letting our dead homies tell stories for us.”

Ultimately, Lamar achieves a feat previously thought nearly impossible: drawing a full picture of the “Young, Black, and Gifted” artist transformed from a burgeoning MC to a rap superstar, while (and this is the real trick) maintaining some semblance of sanity. In that sense, To Pimp A Butterfly is a reclamation project. Kendrick digs in, clawing and pulling back the layers to reveal the root – of evil, of black consciousness, of black souls.