Stakes are now higher and the wait’s longer, but we finally have a keynote. Addressing the 2015 South by Southwest Music Conference & Festival from the marque spot: Cordozar Calvin Broadus, Jr., the Doggfather, Snoop Dogg – the one and only D-O-double-G. 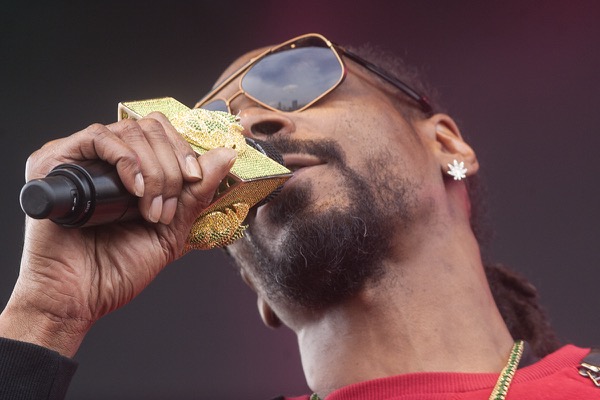 The 43-year-old MC also remains emblematic of a changing tide in modern music.

Snoop’s multi-decade ascent into the mainstream has coincided with that of hip-hop’s – an artform for which he once stood as poster-boy for all its perceived ills and troubles. He broke into white mainstream culture in ways few of his predecessors ever thought possible, then stood trial for murder. Like the very genre he helped integrate, his infiltration of music as a whole can be summarized in a song: Willie, Kris Kristofferson, and Jamey Johnson joint “Roll Me Up and Smoke Me When I Die.”

Snoop becomes the fourth African-American to keynote SXSW since its 1987 inception – following Little Richard (2004), Quincy Jones (2009), and Smokey Robinson (2010). He’s also the first rapper, and he arrives at a time in which hip-hop has never been so prevalent at SXSW. Hip-hop has flourished in the conference’s recent years, with rappers comprising the highest rungs.

In Snoop, SXSW also hosts its second non-traditional keynote in as many years. Dave Grohl, Bruce Springsteen, and Bob Geldof represent the old model – a music industry reliant almost entirely on record sales, touring, and merchandise. Snoop and Gaga have lived at the forefront of music’s great migration into modern monetization. Those who spent last year’s keynote grousing about Gaga’s deal with Doritos overlooked her speaking directly to the modern partnership of art and branding. Hip-hop all but invented that mash-up, a far more sophisticated (and just as often crude) marketing regime that makes selling bubblegum pop to preteens for too many decades to count seems like... well, taking candy from a baby. The most basic of DIY genres – two turntables and a microphone – straddles both the hierarchy (major labels) and the street.

Did anybody envision that the Doggfather – at SXSW both last year and the year before – would take hold of the position. Jay Z, perhaps. Kanye West, maybe. Questlove?

Not likely, but not crazy.

Those three have swarmed closer to the music industry’s political airhorn. Snoop, despite his immersion, has never been an activist, and rarely advocated for anything more than marijuana. What he brings to the lectern next week remains completely unexpected – and warranted, timely right down to the minute.

Snoop Dogg's keynote address takes place Friday, March 20, 11am, in Ballroom A of the the Austin Convention Center.