A triumphant return for the Fab Five

If ever an arena rock band made a convincing case for its own unplugged club tour, it was Fleetwood Mac Sunday night at the Frank Erwin Center. At the hour mark of an epic, 160-minute, 23-song show, a stripped down mini set cushioned the stillness and enduring beauty of songs known to all. Rockers age – musicians, compositions – but intimacy never grows old. 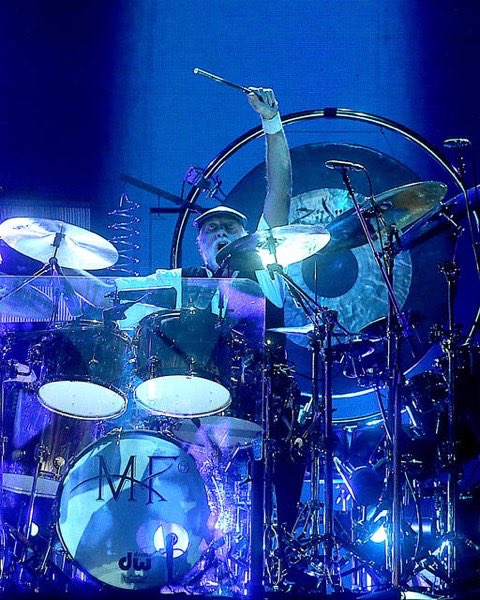 At the collective age of 338, Fleetwood Mac – Mick Fleetwood, 67, John McVie, 69, Christine McVie, 71, Stevie Nicks, 66, and Lindsey Buckingham, 65 – creak where they used to coke, but the longer they cajoled the sold-out Red River Drum, now choked by the surrounding construction of UT’s Dell Medical School, the more convincing they became. By the end of the marathon performance, you could almost believe the group’s late-Seventies heyday had returned – no worse for the wear and tear.

Opening with four straight tunes from their magnum opus, 1977’s Rumours, of which only two songs were omitted live, F-Mac’s shadow band couldn’t quite even out the headliners. Two auxiliary guitarists, three backup singers, and an unintroduced second drummer sitting behind Fleetwood’s gong augmented the all-star quintet, Nicks in elevated shoes and high heels to rival Seventies Kiss, which may or may not have explained stage moves best described as arthritic. When the band flubbed the opening to second song “You Making Loving Fun,” its author and singer, Christine McVie, shrugged helplessly across the stage to first guitarist Lindsey Buckingham. On the succeeding “Second Hand News,” Buckingham proved he’s still F-Mac’s spark, its bark and bite. Nicks’ voice, husky now where once it spooked smoky, shook off some rust on “Rhiannon.” Her sister of the moon in the band, McVie – returned after a nearly two-decade hiatus – proved best in voice, her vocal showcases “Everywhere,” “Little Lies,” and solo show closer on piano, “Songbird,” recalling her maiden name: Perfect.

“A prophetic and profound new chapter in the band,” announced Buckingham in welcoming back the former Christine Anne Perfect, a sentiment later echoed by Nicks and Fleetwood.

“Tusk,” featuring many horns and backing tracks not played live onstage – and accompanied by the best use of video graphics that throughout the show could only be termed screen savers – and album mate “Sisters of the Moon” bottled still-underrated Rumours follow-up Tusk. “Go Your Own Way” to close the main set never took flight, and the drum solo in “World Turning” came too late in the show. “Don’t Stop” transcended even the band given its political overtones of the last peaceful presidency this country has enjoyed in 35 years. Back to the gypsy that she was: Stevie Nicks (Photo by Gary Miller)

At the heart of the evening beat five crystalline selections that surpassed the pomp of a classic rock concert. Buckingham’s solo acoustic delivery of “Big Love,” which then segued into a duet with Nicks on “Landslide,” and back out into his mostly unaccompanied “Never Going Back Again” brought a hush to even the FEC rafters. McVie’s stilling “Over My Head,” for which Fleetwood took to a stripped drum kit center stage, unearthed Rumours precursor Fleetwood Mac.

Even then, Nicks’ Mirage marker “Gypsy” eclipsed the whole portion with a heartfelt reminisce of her roots in San Francisco’s mid-Sixties music scene – opening to Hendrix, Joplin, Santana, CCR – and a truly bewitching vocal. Remaining was an elongated, psych-tinged delve into her “Gold Dust Woman,” Buckingham’s trademark guitar showcase “I’m So Afraid” (also from Fleetwood Mac), and his searing solos on both. If Tusk remains under-appreciated, the guitarist’s preternatural ability on six strings is still criminally unheralded. No matter, really.

The Mac is back. 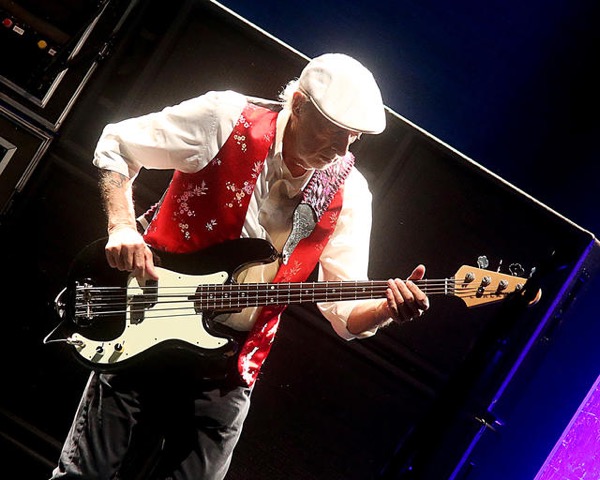 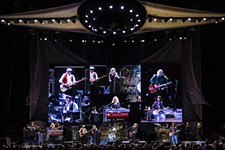