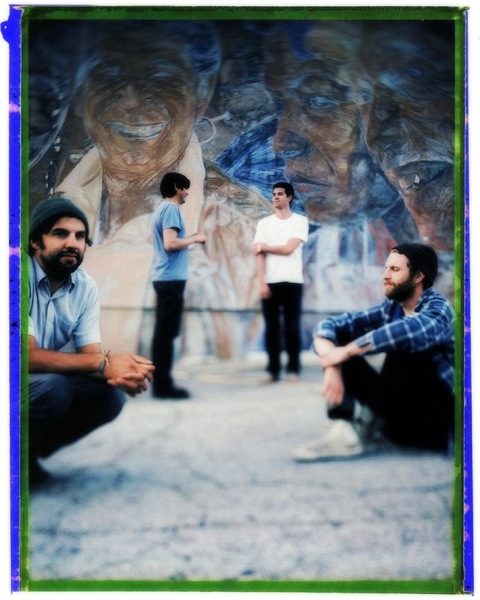 “Back in Riverside, California, bassist Néstor Romero and our drummer Abdeel Ortega and I met in high school at a punk show. We were 15, but somebody must have had a license to get us all there,” recalls Cantino.

Not that Francisco the Man was born right then.

“Néstor and I played together for a while before finally forming this band,” he continues. “We had a guitar player change here and there, and then our current guitar player Brock Woolsey joined in 2011.”

The group's moniker comes from one of the most romantic and beloved novels of all time, Gabriel García Márquez’s One Hundred Years of Solitude.

“Our bass player was reading One Hundred Years of Solitude and told us about the character ‘Francisco the Man’ when we were thinking of band names. We thought it fit. What we heard of the character was that, ‘He was a man with a straggly voice, going from town to town singing songs,’ so we went with it.”

Though the band’s been together for years, they didn’t release their first album until last fall, Loose Ends following up a pair of 7-inch singles on Small Plate Records. “You and I” jumps off the new disc straightway. Flowing between rock-out and soft delicacy, it’s sheer poetry.

“The process of recording the record was very simple,” explains Cantino. “We tracked it over something like three days and we got most of it live. I’d say that probably 80 percent of it was done when we went in there the first time. It was our first record, so it did take a while to get around to actually recording it.

“Fat Possum Records is based out of Oxford, Mississippi. They heard the record late last year and they just really wanted to put it out. We were really happy when they came along and were willing to work with us. And it’s great, because we have full creative control of what we want to do.”

Loose Ends has a raw feel. The singer lists musicians as divergent as Neil Young and Ted Nugent as its influences. Punk roughs the edges further still, a sound the frontman became enamored with in grade school and junior high.

“I’ve known since I was a little kid I wanted to play music. One of my earliest memories is asking my mom for a guitar. I don’t know why, since neither of my parents were very musical. Nor do they even really listen to music. I mean, they enjoy it, but they never sought it out.

“I still have a part-time job because it’s hard to live off music, but that’s the goal. I can’t wait to be at a place where I can just do this.”