KUTX brainwashed me into attending its second birthday party – this past Saturday at Bass Concert Hall. The local NPR affiliate, which spun off an all-music signal in 2013, promoted the event relentlessly starting in December. Ancient advertising wisdom tells us that the seventh time you hear an ad, you’ll be won over, so what about the seven-hundredth?

Shakey Graves strummed and hummed onstage in the elegant venue as ushers shepherded patrons to their seats. Soon, the Austin native – alternatively Alejandro Rose-Garcia – was joined by drummer Chris Boosahda, and new guitarist Pat O’Connor, contributing crunchy distortion and floor-tom-foolery respectively to an energetic take on “The Perfect Parts,” the best song on September’s And the War Came LP.

“Can I be the first to wish a happy birthday to KUTX?” asked Graves before leading the gathering in song. 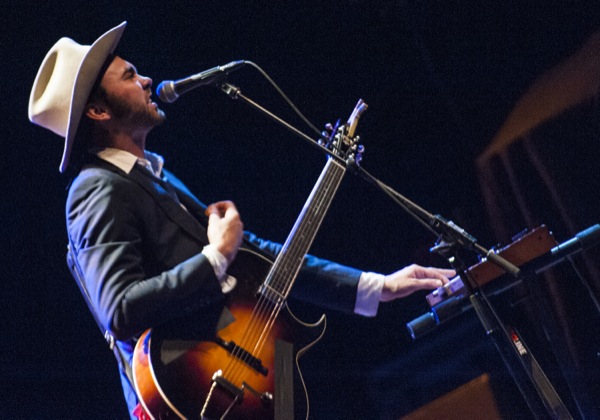 Soliciting a fill-in for Esme Patterson’s female lead on the duet, he found no one in the audience brave enough, so the whole Hall sang along and provided percussion via the four-clap hook. Two women sitting next to me knew every word – the opener’s aunt and his mother. The latter, a playwright and actress, reviewed her son’s performance:

“He walked the tightrope.”

“How many people not only know what a looping pedal is, but own one?” Garbus asked, to a hundred raised hands. “Ah Austin,” she smiled.

Loop pedals, especially when used with vocals, are bold territory in the arena of live performance. If you muck up the tune or timing of your sample, train-wrecks await. Yet Garbus, whose personal platform included a drum set, two vocal mics, and a baritone-tuned ukulele, stuck the landing every time. 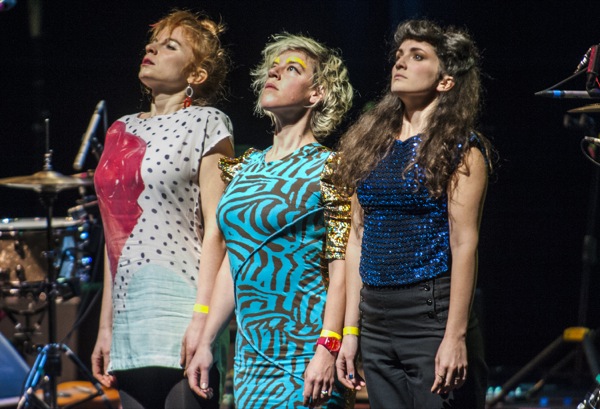 Headliner and KUTX darling Jenny Lewis took the stage amid a comprehensive space rainbow set design that extended from the backdrop to the instruments and even her pantsuit. On piano, she banged out the lead track from 2014’s The Voyager, “Head Underwater,” then took center stage with a guitar to lead Rilo Kiley hit “Silver Lining.” Bass Concert Hall is the nicest venue in Austin, she noted, remembering her first trip to town in the late Nineties when played to an audience of three at a SXSW showcase with a pre-Cat Power Chan Marshall.

Lewis justified her golden microphone when she set down the guitar and adopted a cocky strut for Rilo Kiley’s “Moneymaker,” an amped up version of her “Next Messiah,” and “Love U Forever,” which epitomized the Californian’s songwriting: clever verses with unlikely lyrics that rise into big, dumb choruses. When the former child actress sang those great lines about being “really fuckin’ on” from “A Better Son/Daughter,” giant, colorful balloons dropped from the balcony. Strangely, there were only 10, which looked comically thin.

Did Jenny Lewis skimp on production costs for her finale, or does KUTX need to fold that into its next pledge drive to buy more?

Lewis and her blazer-adorned band came off composed and in control throughout their set, but perfect is boring. Only when they returned for an encore, including a doubly dedicated “We Wish You a Happy Birthday” and an acoustic take on Rilo’s “With Arms Outstretched,” did Lewis and company project a personal connection to the moment. Finally, she accomplished what her predecessors had already done, making you feel like you attended something more than a concert. 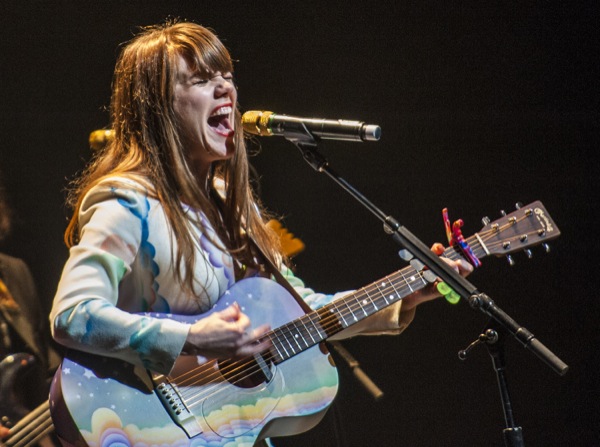