Austin engineer acquiesces to online fund for his surgeries

Beloved local sound engineer Jamie Wellwarth, a regular at the soundboards for Nomad and the Continental Club, went in for surgery yesterday at Seton Hospital. A father of three young children, he’s also sticking close to his wife, who’s expecting a new baby any moment now. 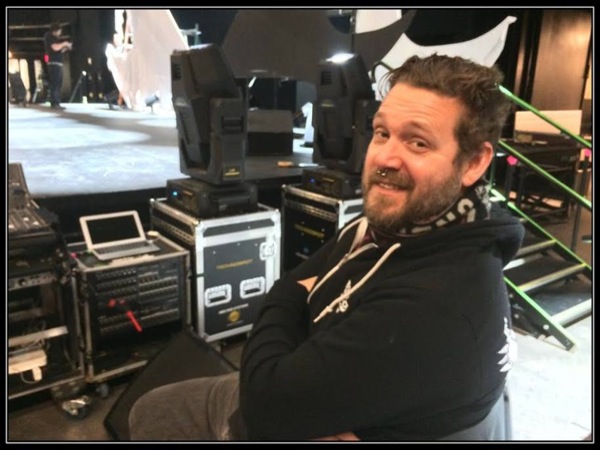 In 1995, Wellwarth fell 45 feet from a fourth floor window. In the aftermath, he’s had a multitude of procedures. In fact, he refers to himself as “Humpty Dumpty.”

“Since then, I’ve had a bunch of surgeries on my stomach, which has resulted in a lot of scar tissue that needs to be removed,” he explains. “Like most musicians and most people that work in this industry, I don’t have [health] insurance. I’m really grateful for HAAM. It’s scary being laid up for five weeks.”

As usual, the local music community is doing its part. An online fundraiser is up now.

“I didn’t really want to have to set up a fundraiser,” admits Wellwarth, “but [your father] Jon Dee Graham said, ‘You know there are people who love you in this town, and they want to be able to take care of you. Let them.’ I was like, ‘Okay.’”

Wellwarth remains a senior engineer at Nomad and production manager at the Continental. He learned his trade growing up in Binghamton, New York, throwing punk shows in basements in the Eighties. Since he owned a PA, his friends always asked him to run sound. Wellwarth fell in with the Continental when his friend Bobby Rock worked there.

“I was looking for another gig and said to Rock, ‘Hey man, are you looking for anybody?’ He said, ‘No not really.’ I was like ‘Come on man, let me show you my stuff at least.’ I ended up jumping onstage, setting up the band, and mixing them. He said, ‘I’ll put you on the schedule.’

“Now I couldn’t imagine being anywhere else. I take care of C-Boy’s as well and it’s all so amazing. I’m so grateful that Steve [Wertheimer] and everybody at the club are some of my closest friends now. They are all like family, as well as everybody that plays there. It’s not even really like work because it’s more like hanging out with friends.”

Wellwarth’s also traveled the world as a sound engineer for Fitz & the Tantrums and Jane’s Addiction.

“When I got the call from Jane’s Addiction, I was like, ‘Oh my god, are you serious?’ It’s one of those gigs that as a kid I dreamed of having. I mean I could never imagine. These are the people that I listen to at home."

As of Friday, Wellwarth’s recovering nicely and will be in the hospital for about a week, then in recovery for a month. According to him, the outcome of this surgery was “miraculous.”