The Slow Death of R&B

In the face of the Austin Urban Music Festival, where’s the love? 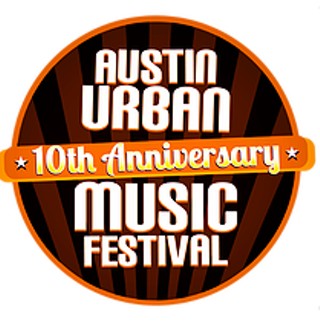 There’s always the question about whether the falling of trees has actually happened if there was no sensory perception of the event. R&B, in its traditional form, seems more an incinerated forest. Still, there’s no fire, no smoke. Its protracted demise has been a mostly unobserved event, so is it actually happening?

The release of D’Angelo’s new classic, Black Messiah, may very well represent audiovisual evidence of this incineration. The lead up and actualization – its very existence – suggests R&B may be at near terminal status. The album was treated with a feeling of relief and exaltation, partly artful triumph and something analogous to the success of “experimental treatments” of 100% natural food.

How did we arrive at this point? Let us take each likely point to task, with some assistance from Deuce Malone, organizer of the upcoming Austin Urban Music Festival. The event, now in its 10th year, takes place March 26-27 on Auditorium Shores. The early lineup includes Eric Benet, the Robert Glasper Experiment, Talib Kweli, Raheem DeVaughn, Sebastian Mickael, and Austin’s Jackie Venson.

There’s literally no controversy to be had here, contrary to some opinions out there. We have Justin Timberlake, Adele, Sam Smith, and to lesser extent (for the moment), Robin Thicke. One (Timberlake) has been vouched for and stamped. One (Thicke) is currently in a free-fall so steep you’d think he took part in a manned mission to Mars only to take a blind step off Olympus Mons. The other two are British and have long a history of mostly credible blue-eyed soul. There’s also a very strong underground current that will be touched on.

“You have to really look at it,” says Malone. “Back in the day, you had a few select white artists – Michael McDonald and Teena Marie. There’s not that many more now. You’ve got Justin Timberlake, and Robin Thicke.

Rolling in the deep... of oxidized iron.

Fault for R&B’s decline lies in a variety of locations. Major labels are only concerned with staying in the green, satiating stockholders of conglomerates. Radio, meanwhile, will only bang out certainties, rarely breaking artists or playing anything interesting.

“Let’s just say Trey Songz or Usher makes a great, [straightforward] R&B single,” posits Malone. “The label may or may not back that single, because it’s slow. The record will have to be big [to garner airplay] Ultimately, it goes back to the fans to go out and support it – ask for it.”

(More on the fans in a minute.)

There’s a unique trend out of the mainstream and off urban radio: an alternative R&B, which would likely jump start urban radio. The huge difference within this underground is its desegregation. With Solange, you also get Banks. For every Thundercat, there’s a How To Dress Well. Consider Kelela as well as Chet Faker. All these artists are doing incredible work that isn’t making it onto mainstream radio.

Is this because radio and the labels that control them only play what metrics say will get them maximum return? Is it the fan who might be into Beyonce and Ty Dolla$, but isn’t up on Fatima or Sampha because it doesn’t fall with the hood code?

Push Forth and Multiply

There are no chances being taken in mainstream R&B. Not in the way done previously. You don’t have songs so edgy that the label head stonewalls you into a recording strike.

When James Brown chose to emphasize the downbeat, it changed all of music. Who are the leaders looking to change the landscape? They’re the ones wailing death rattles under those aforementioned trees, rigor mortis stiffening their fists full of dollars made from unimaginative, but catchy music.

The label head? Motown’s Berry Gordy, who believed Marvin Gaye’s “What’s Going On?” would be a flop.

Precisely. R&B artists have largely taken on the personas of rappers, and rappers assumed the stance of soul singers. Unfortunately for both, and especially R&B, the fusion’s been successful.

The mainstream acceptance has put the two genres in deformed lockstep, with rap overpowering the softer other. Each has borrowed so heavily from the other that only the Grammys (the Grammys!) have been bold enough to create a subgenre called Rap/Sung Collaboration. The main issue lies in the dominant traits of rap, namely the immediacy of matters.

This immediacy works in very capable hands. However, more often than not, it breaks down the genetic code of soul music, which is principally about nuanced emotions such as love. Quick, think of a (supposedly) R&B song you’ve heard on the radio in the last half decade about the love your parent’s music echoed. You’re going to find many things, like lust. Mostly lust, actually.

Lust is easy, because it’s immediate. Lust can make a song in 30 seconds or less if you get trap wunderkind Lex Luger to do it. Lust can come and go, be popped out like a Domino’s pizza.

Love is hard, and requires something most of our current generation cannot completely comprehend. Perhaps, this is why they don’t ask for more meaningful lyrics and production. This would involve a depth that requires patience.