Keep an open mind and a malleable schedule. That’s how you get the most out of Free Week, which began Jan. 1 and continues through this weekend.

My foremost aspiration this past Saturday, the third night of Austin’s annual clusterfuck wherein over a dozen venues stack their stages with local acts while taking no cash at the door, was catching local skate thrash quartet Ditch Witch at Beerland. Around 9pm, I stopped by the Red River landmark to get a set time, but was met with the news that their lanky, glove-wearing, fretboard-shredding lead guitarist Nick had busted his wrist skateboarding. They’d have the night off. Around the corner at Holy Mountain, Meggan Carney leaned on her synthesizer. Eyes closed and wearing blue sequins, she boasts a voice erupting with real soul under a curtain of reverb. Introducing her quartet, she ushered in a sprightly, two-tone rhythm topped with sustaining synth lines and a cooing chorus.

For the uninitiated, Zettajoule introduces a new band from Carney, known around town in the singer-songwriter milieu, though the proggy tendencies of this project belie that history. For those like me, who cheated off an Indian guy in physics, a zettajoule is a huge unit of energy. How they chart on that scale, I can’t figure, but on a new band index, they’re way above average. 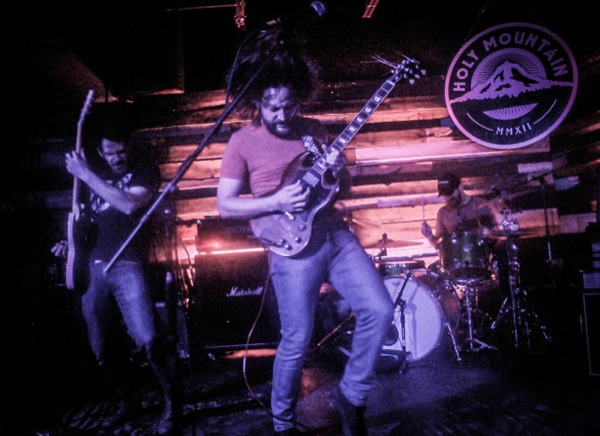 Free Week remains a showcase for new music. Power rock quartet Otis the Destroyer premiered last year on the first Saturday of Free Week at Holy Mountain – in the second slot. Filling in for an ailing Residual Kid, they arrived in the exact same position over the weekend.

Otis has been good since its inception thanks to its members playing together in the Couch, but in one year, which included the May release of their Dark Arts EP, they’ve become excellent: crunchy and melodic with solid songwriting. They also offer a real-deal frontman in the SG-wielding Taylor Wilkins, who bookended the set by channeling both Iggy Pop and guitarist James Williamson with a bang-up cover of the Stooges’ “Search and Destroy.” Holy Mountain, which put together one of the strongest Free Week lineups and saw solid attendance all weekend, was shoulder-to-shoulder when Not In the Face hit the stage.

“Oh my god, he looks like Mathew McConaughey,” chirped a crowd of girls wooing over singer Jonathan Terrell.

He laid down his Telecaster to go frontman on the new song “Hot Bunz,” marrying Michael Anthony Gibson’s stadium rock with pop hooks and a left-field harmonica solo. It’s from a batch of new songs being demoed for an upcoming studio release, but it was old favorites from the local rock & roll gang that drove the set home: heartbreak anthem “Way to Go Baby,” pulverizing garage blues “Brass Tax,” and everlasting closer “Always Tonight.” That may be the best I’ve heard them sound since they expanded from a duo to a trio to a quartet over the last two years.

With my ears still ringing, Austin trio Holiday Mountain hit the switch on dubbed-out, neon-coated, dance rock with singer Laura Patino exuberantly jawing her rap-pop vocals while poking away at a synth. Their level of professionalism I won’t dispute, but the music struck me as nothing if not supremely annoying.

At 1am, I hit the alley and came out at Swan Dive, where high energy thrill seekers Blind Pets erased the barrier between stage and audience with a live wire performance. The trio’s December vinyl, Heavy Petting, came to life through an aggressive version of “Motorbike.” As usual, Josh Logan abused his guitar and the audience too.

“What’s up dude that just came in?” he teased a potential new fan. “You’re from Brazil? You’re full of shit. We’re from Austin!” What Else Is On?
Beyond the valley of Free Week