D’Angelo had the release of his third album pushed forward from the first quarter of next year, because recent injustices here and abroad cried out for his impassioned message. A disc 15 years in the making was thus rushed out so quickly that its lyric sheet and liner notes weren’t completed in time. Not that you need the former to understand Black Messiah. 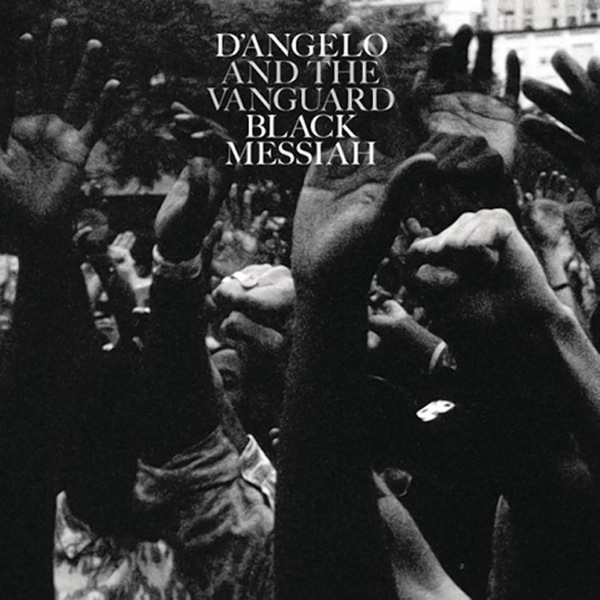 “Ain’t That Easy” feels like a space/time bridge from its predecessor, 2000’s Voodoo, and yet it’s just distant enough to not automatically make that attachment. On trench-deep kicks and cornbread-thickened bass, “1000 Deaths” charges forward as a slop-funk anthem to make George Clinton and Bootsy Collins proud. Prince influences “The Charade” down to the claps, as its crooner pulls back the gauze over collective wounds:

“All we wanted was a chance to talk. ‘Stead we only got outlined in chalk.”

Soon after, he offers the salve of clarity:

The Virginia native’s chilling falsetto shines on “Sugah Daddy,” a perhaps metaphorical commentary on accepting a “worldly” woman, taking advantage of her company but mindful of the danger. The free flowing and nostalgic “Back to the Future (Part 1)” finds the singer wishing for simpler times before the fame machine’s infamous spin cycle did a number on him, while also asking for your ears:

“So if you're wondering about the shape I’m in, I hope it ain’t my abdomen that you’re referring to. This what I want you to listen to.”

The essence of Marvin Gaye’s “What Going On?” reflects onto “Till It’s Done (Tutu),” asking why society continues its self-flagellation. Funk spiritual “Prayer” demands that dance and the use of your praise hand to “wave and close” seal worship. The impeccably-timed, jazzy “Betray My Heart asks that you stay true to yourself through the storms of life.

Sweet whistling channels Sly Stone fronting a jug funk set on “The Door.” The reprisal of “Back to the Future” opens with soft strings, developing immediately into what used to be called a “stone cold groove.” Finishing with a towering effort of Seventies, crushed-velvet Lothario R&B, the bandleader’s falsetto (and signature howl) makes another appearance on “Another Life.”

Even now, women are practicing their panty throwing. Gotta make sure their undergarments make it onstage.

The album runs short enough to wish it had one more track, but long enough to be happy it doesn’t. Its strength (and your entrancement) builds with each listen. Never preachy or overwrought, Black Messiah blends its author’s message to the medium with the help of Amir “Questlove” Thompson, Kendra Foster (Parliament Funkadelic), and Welsh bass extraordinaire Pino Palladino.

Fifteen years on, Michael Archer has risen like a phoenix, wiser and aware. “1000 Deaths” features an unattributed (and somewhat controversial) sample of a black preacher:

“When I say ‘Jesus,’ I’m not talking about some blond-haired, blue-eyed, pale-skinned-relative-complexioned cracker Christ.

“Jesus, the black revolutionary Messiah, was taken up on a hill, up on a mountain by Satan, by the devil, and the devil was talking about a new world order.

“He was talking about givin’ Jesus all this world, if Jesus would seek alliance with him ....”

The historicity of Jesus Christ remains but a small part of Black Messiah’s larger message, one that addresses faith, courage, and self-love. Empowerment and redemption. Attempting a journey in reaching something tantamount. 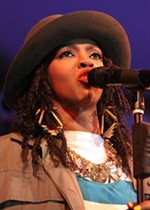