The Deer celebrates it sophomore album this week. On the Essence of the Indomitable Spirit no doubt had something to do with KUTX making the locals its December band of the month. Singer Grace Park says theirs is a work about becoming invincible after loss. 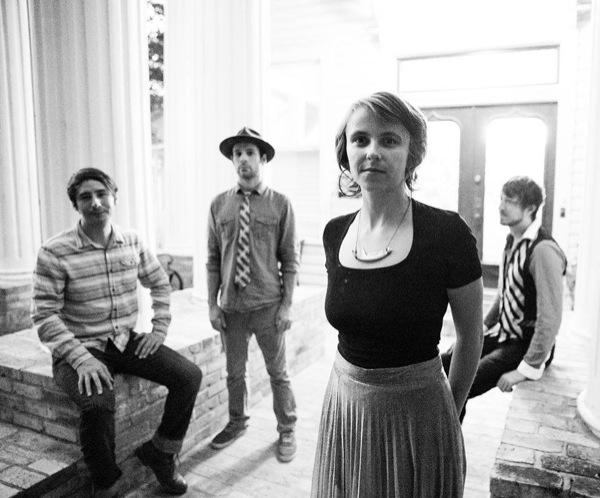 Live, the Deer enchants. A dreamy layer of melodic harmonies and pop unifies a sense of kinship within the quartet. Guitarist Michael McLeod, and the rhythm section of Alan Eckert (drums) and Jesse Dalton (bass) lock in behind Park as she often stands on her tiptoes reaching for notes.

Originally Grace Park & the Deer, they formed last year and put out An Argument for Observation. The Marble Falls-reared frontwoman traces group’s roots back a decade to Texas State in San Marcos, where she met some of her bandmates.

“I met my husband Silas Parker at Texas State, too,” she says. “We were good friends for about five years and eloped in 2010. We became bonded with Stephanie Bledsoe as life partners shortly after.”

Bledsoe, who Park fondly refers to as her “sister wife,” died last year after falling off her porch while sleepwalking. Their relationship was intended to be a lifelong one based on sharing lives, land, and a deep spiritual connection.

“Since I had written the songs on the first album, we were called Grace Park & the Deer,” explains Park. “When we were recording these sessions, [Stephanie] started singing backup with us. After she passed away in 2013, we began writing music together and changed our name to the Deer.”

“I see Stephanie’s soul in Grace’s eyes,” offers Berlin. “Grace became a different person after the accident. She seemed to take on so much of Stephanie’s spirit. And the thing about Grace is that you can listen to her songs or stare at her artwork 100 times without seeing all the hidden intricacies.

Park lives in San Marcos with her husband.

“Silas is currently building an old-world-style brewery called Darkside Fermentation in conjunction with the farm that Stephanie left behind called the Thigh High Gardens,” she says. “Silas and I live at the farm and maintain it with SMTX Permaculture, a group Stephanie helped form.

“I have an art studio at the farm. Art is my primary occupation at the moment. I make original gallery work from cut paper and do graphic design for a living.”

“The first album was more single-singer-songwriter-focused. We were just beginning to establish the transcendental mood. This new record is more collaborative, more blossomed. We wanted to mix elements of everyone’s songwriting and scope.”

The Deer celebrates On the Essence of the Indomitable Spirit with an album release party tonight at the Spiderhouse Ballroom.