Americana legend performs solo at the One World Theatre Friday

In the Seventies, I lived in New York and the artist I saw perform more than any other was David Bromberg at such legendary and now defunct venues as the Bottom Line and My Father’s Place. Back then, he’d have a large band with horns, fiddles, and all kinds of stringed instruments. They played American folk music, some of it loud as hell. 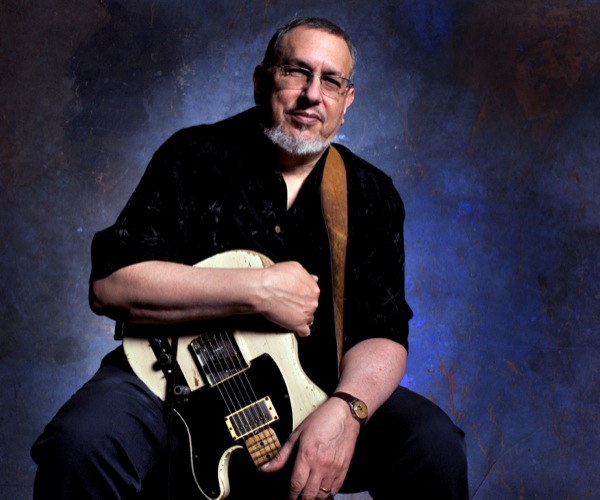 Bromberg’s backstory includes Bob Dylan, Jerry Jeff Walker, Jerry Garcia, and the Reverend Gary Davis. He was a Greenwich Village regular in the Sixties, and an appearance at the famed Isle of Wight Festival in 1970 led to a recording contract with Columbia Records. In 1980, claiming burnout, he stopped performing and became a violin maker, a trade he continues today.

In the Nineties and thereafter, performances and albums became sporadic. Then in 2007, a show at the Cactus Cafe jump started a new series of recordings. That resulted in the Grammy-nominated Try Me One More Time.

Bromberg, 69, arrives solo at the One World Theatre on Friday with most recent release Only Slightly Mad. Produced by Levon Helm’s bandleader and onetime Dylan sideman Larry Campbell, the disc finds him all over the musical map of the Seventies. The instrumental virtuoso mixes bluegrass, blues, folk, and gospel into a savory whole.

Geezerville: The new album reminds fans that you’ve never been tied down to one genre. It’s a return to your past, and Larry Campbell seems like the perfect guy to take you there.

David Bromberg: Thank you for saying that. Back then, it was commercial suicide. The record company had no idea what bin to put the records in or what radio stations to promote me to. But it was absolutely what I wanted to do and I’m doing it again now.

And you’re right: Larry Campbell is the absolute right guy to produce it.

G: I saw you referred to as the Godfather of Americana. I got a chuckle out of that. Where did that come from?

DB: I don’t know, really. But if you want to talk about early, unclassifiable American music, I’ll raise my hand. Now I’m facing the fact that I stopped performing for 22 years, so people of a certain age never heard of me.

G: You’re associated with the early career of Jeff Walker, who’s well known in these parts. You perform his song “Mr. Bojangles.” What can you tell me about that?

DB: I met Jerry Jeff in the Village. Don’t ask me what year because I’m terrible with remembering that kind of stuff. He wasn’t Jerry Jeff then. He had a few different pseudonyms. We’d go up to radio station WBAI and visit a now famous deejay, Bob Fass, and perform on his overnight show Radio Unnameable. He loved that song and he taped it, and played the tape a lot when we weren’t there.

Eventually, a singer named Bobby Cole, who’s regular gig was at Jilly’s – Frank Sinatra’s favorite hangout – heard the song and recorded it. Then we recorded it for Atlantic. So there were two records out for the song at the same time. Neither really went anywhere on the charts. We diluted each other in a way.

G: Last year your name was mentioned with the release of Bob Dylan’s Another Self Portrait. You were involved with some of those sessions, but they were never released. Is there anything from that time that’s still not available?

DB: I had a neat time at those sessions. I really enjoyed myself. But no, nothing else exists from that time. In the Nineties, I produced a bunch of tracks with Bob. Two were released on one of the Bootleg Series from a few years ago [Volume 8: Tell Tale Signs, Rare and Unreleased 1989–2006]. One of them was “Miss the Mississippi” and the other was “Duncan & Brady.”

G: I understand that a 2007 gig at the Cactus Cafe here in Austin with Chris Hillman and Herb Pedersen led to you getting back into recording again after a long time away. How did that happen?

DB: We were sitting around backstage and we were talking about how we started. I found it very interesting, because I knew they started in bluegrass. And we talked about that. They asked about me and I told them I had been one of Reverend Gary Davis’ lead boys. They asked if I could still play some of his stuff and I told them I hadn’t played any in years, but it was still in my fingers.

Sometimes your head forgets and your fingers don’t. They told me that I should reclaim some of that stuff.

So I got to thinking about back in the day when I was touring. The Reverend was around and playing concerts. No one could play his tunes as well as he did, so it didn’t make any sense for me to do them. Not only is he gone now, but there aren’t many left who remember him performing. I thought, “Yeah, I should put down a few of his tunes.” I went into a recording studio on a Sunday afternoon and did a couple of Gary Davis tunes. Then I did a couple of other tunes. After awhile, I had enough and I went home.

A few weeks later, I went back in and I did some other tunes. I didn’t labor over anything. I usually did just two or even one take and then onto the next. There was no attempt to achieve anything.

G: You weren’t thinking about making an album.

DB: I was not thinking about making an album. My wife produced it. She listened to the tapes, which I won’t do, and made a CD out of it after about a month and a half. Then the damned thing got nominated for a Grammy. That’s the only time my name has been associated with the word Grammy, and it was the easiest recording of my life. 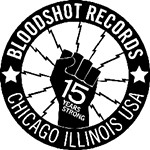