Rock & Roll Hall of Fame keyboardist and 20-year Austin resident Ian McLagan suffered a stroke on Monday and was admitted to Brackenridge Hospital on Tuesday, where he died Wednesday at 2:39pm according to those who worked with him. 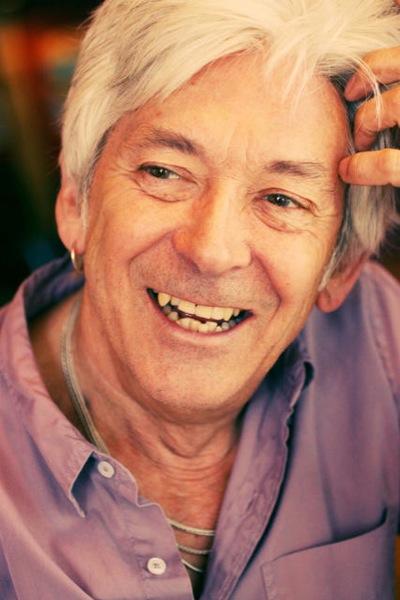 Tuesday, first-call Rolling Stones sideman Bobby Keys died from cirrhosis two weeks shy of his 71st birthday, and now McLagan, 69, another weapon in the arsenal of the World’s Greatest Rock & Roll Band™, has passed on. We spoke with both the former saxophonist and latter keyboardist when Mick, Keith, Charlie, Ronnie et al. rolled through Zilker Park in 2006.

Two years earlier, Jim Caligiuri sat down with McLagan on the occasion of Faces box set Five Guys Walk Into a Bar.... That was a decade after the Chronicle’s initial feature on the organist following his move here in 1994.

In Oct. 2011, he fumed to our Music newsman Austin Powell about the dual nomination to the Rock & Roll Hall of Fame for the Small Faces and Faces, two wildly different bands from the same root: “It’s very insulting to be lumped together,” said McLagan. “It was nice to be thought of, but damnit, it’s too little, way too late. If that sounds like I’m ungrateful, then so be it. Fuck it.

Asked to choose one group for inclusion, he answered without missing a beat: “Small Faces, ‘cause we were first. And Steve [Marriott] and Ronnie [Lane] haven’t been honored, and it’s about bloody time.”

The twofer nod took that December when both bands were inducted.

While he never got over the vehicular death of his wife Kim in 2006 (the former Mrs. Keith Moon), he kept up a regular regimen of shows locally. 2013 saw the release of Live at the Lucky Lounge. This June, McLagan’s Bump Band marked the 10th anniversary of its residency at the Fifth Street speakeasy.

That same month, Playback columnist Kevin Curtin spoke with Mac (as his friends called him) about the release of the eighth and best LP of his solo career, United States. At that juncture, two months prior to a marathon hoot night paying tribute to Small Faces/Faces at the Sahara Lounge – for which McLagan was in attendance – he confirmed that a Faces reunion was finally on the books.

“We will be touring next year, and I’m very excited,” said McLagan. “The fact is we always wanted Rod [Stewart] to do it. Every single time we asked him, it didn’t work. This time, he wants to do it. So I hope and pray nothing happens between now and then, because it would be great.”