Instead of fading into the abyss like some Eighties rockers who fronted blockbuster acts, Chrissie Hynde finds her name on the marquee for the first time. With June’s pop-infused Stockholm, the Akron native and longtime Englander finally owned what she’s been accused of being for decades – a solo act. ACL Live at the Moody Theater hosts her Wednesday. 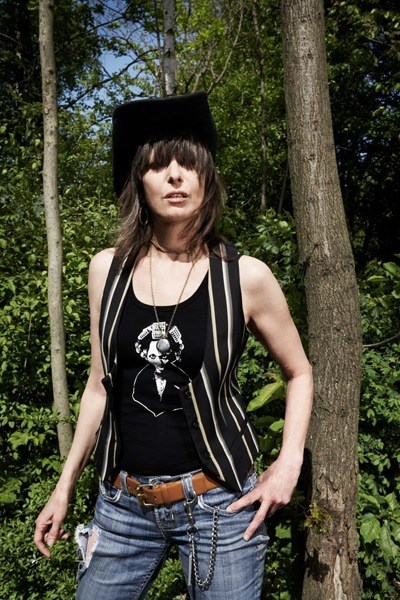 Austin Chronicle: Tell me about working with Bjorn Yttling.

Chrissie Hynde: I can. What do you want to know? I’ve talked about this literally 10,000 times now. So if we have to go over it, pardon me for sounding really fucked off about it. I can do it, but not with any great joy.

CH: I’d rather talk about anything else. I mean, I don’t mind talking about the record. Do you want me to start from the beginning and tell you everything I’ve already said? I even wrote a biography to address all these things. Then they ask exactly what they read in the last blog or the last interview. Many times when I talk to people they say, “I read you said ....” And then I’m like, “Why are you asking if you already read it?”

The thing with Bjorn is, it was put together by someone at my publisher’s, who said, “Would you like to write with someone?” I said, “I guess.” Then I met Bjorn in passing somewhere and I asked if he wanted to do something. He went, “I guess.” Then we got together and we liked what we were doing, so I just went back. It’s not really a very exciting story, but then it got exciting because then we started writing songs that we really liked. It was fun.

AC: Your 2008 release, Break Up the Concrete, had much more of a punk, some said rockabilly, edge.

CH: Yeah, well that one was recorded in 11 days, whereas this last album was recorded over a couple of years. If you stacked up the days, it wasn’t very much at all. It’s just that I had to keep going over there [to Stockholm]. I don’t do homework, so if we had three days to work we had to resume what we’d been doing six months ago. It was different bands, different feel, different city.

AC: Where was Break Up the Concrete recorded?

CH: In L.A. And I also liked the groovy, pop sensibility on [Stockholm]. It was more of a groove thing, this last album. It was fun. That’s what I got from this record – that it was fun. It didn’t feel like, “Oh, fuck, do we have to go in the studio again?” It never got to that point. It was more like, “Can you please give me another day.”

AC: Are you interested in collaborating with him again in the future?

CH: With Bjorn? Yeah, I wouldn’t mind. If we both have the time. It’s fun to go in and try something with someone, but you never know what it’s going to be like until ... I say give it about three songs and then you can see where you’re going with it, and if it’s fun.

Whether I want to keep going back and forth to Stockholm .... I spent a lot of time in Terminal 5, so, you know, I would maybe try something else next time.

AC: I know for sure the Pretenders hit the Austin Opera house in 1981, when the band was promoting Pretenders II, I believe. Was that the first time you were in Austin?

CH: I don’t know. I only remember gigs if something goes really wrong.

AC: Do you have any memories of Austin?

CH: I remember the last couple of times it was South by Southwest. I remember seeing guys on the street pretty loaded with their guitars and stuff, and hanging out a lot. That whole vibe kind of takes over the city. When I think of Austin, the first thing I think of is music. It’s definitely the music city.

South by Southwest has a real healthy reputation, and it’s a healthy scene because everybody goes there to play. I don’t associate it with being wildly commercialized, although I don’t know what it’s like now. So that’s what I think of when I think of Austin.

And I think of Willie Nelson. That it’s a kind of music center. And in terms of Texas, you don’t feel that it’s the conservative, cattle ranching Texas, but rather the more cowboy gunslingers with guitars.

AC: We definitely have our own cultural hub here, but there are concerns about South by Southwest getting bigger every year.

CH: You have to learn to rein it in and keep it small. I’ve done that all my life – try to keep it in the middle and not let it get too full of itself. But where there’s money and interest – you have to keep it alive and need sponsorship and all of those things. But yeah, I would like to think that South by Southwest can keep its identity.

AC: I heard about the guitarist from the original lineup of the Pretenders, James Honeyman-Scott, staying in Austin and producing a debut for a local musician named Stephen Doster. Do you know anything about that?

CH: No, I don’t. But I know he lived in Austin. I know he spent some time there. I’d like to hear that – dig it up. That’s something for you to do today, Nina. You can go find it.

AC: I read an interview with Lisa Kudrow where she talked about writing the melody to “Smelly Cat” from Friends with you. Do you find any humor in the fact that it’s such an enduring song?

CH: I’ve gotten used to it now, but at the time I went over there to do it I hadn’t even heard of the show. I lived in England and it was a new show, but I thought it’d be fun. I could visit friends in L.A. I wasn’t doing anything else.

And when I got there, I saw how high profile it was. It was like the biggest show in America. Even at that point I thought, “Well, no one in England’s going to see it.” I didn’t really like being on television, or being very recognized.

I’ve never been very comfortable with that, but it’s probably my biggest legacy now, doing that show. And doing that song, too. People used to shout out for it onstage. It used to annoy me, but I’m used to it now. All the people that were actually on the show, Lisa and them, were fantastic, very fun people. So I liked them all, I just didn’t like the high profile-ness of it all.

I’m sure it’s hard for them to live with, too, now. I bet they’ve had a gutful.

AC: What I was leading up to by inquiring about your collaborations was essentially to ask if the Pretenders is done as a brand? Was this album a way of distinguishing yourself?

CH: I don’t know, really. I didn’t intend it to be a solo thing, but I guess whoever’s driving the record .... As far as the Pretenders ....

Good use of the word, brand, because I suppose that’s what it is – a brand name. For a long time I kept it because I never wanted to be singled out. Like I said, I’m not comfortable being recognized so much. I like being in a band. But now after 30 years of people saying to me, “Yeah, but it’s just you isn’t it?” and me saying, “No, it’s not, it’s a band,” I just got bored of having to defend that.

I have to admit the first couple of times I saw my name on the marquee it made me very uncomfortable. But then I think, “Don’t take it so personally.” It just is what it is. It is like a brand, so fuck it, just get on with it. Who cares? Nobody cares.

As far as the Pretenders, I don’t really know, to be honest. I could go out and do two hours of just Pretenders songs. The only living Pretender is Martin Chambers, who would be happy to come out, and I love working with him. That’s a possibility, I guess.

At the moment I’m just trying to get through this tour, because we’ve only been in for about 10 days.