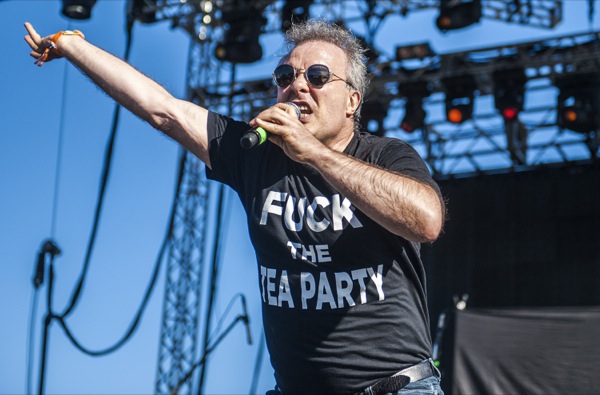 Jello Biafra: Well, [Jonathan] got me back into it. I got contacted by, probably, his booking agent. He wanted me to judge a dance contest when he was doing Soul Clap in San Francisco. That way they could put my name in the ads and maybe more people would come. So, I was hanging out with him and we got to know each other. He started talking about our records and we realized we both knew Billy [Miller] and Miriam [Linna] in the Norton Records empire in New York, who put out all those great reissues and stuff.

The next time he came through, it was a much bigger place, two or three rooms. Ian Svenonius from the Make-Up and Nation of Ulysses was one of the DJs. So Jonathan called me and said, “Would you do some more guest DJ'ing?” It was another Soul Clap night. I’d only decided to start liking soul music the past few years, so all I brought was my own favorite obscurities [laughs], which somehow several of these soul specialists had never heard before!

I quickly realized I could push the envelope and sneak in a little surf and instrumental rock here and there, some Fifties trash here, even “Pets Eat Their Master” by Guatanamo School of Medicine. All those yuppie chicks were dancing their asses off!

Jonathan was impressed and invited me to do something in New York. Then one thing led to another, and when we were doing Raunch and Soul All-Stars in New Orleans, he put me in contact with a friend of his there. So, I did some stuff there. It’s happened in several other places now.

Austin Chronicle: Are you going to be DJ'ing at Sound Gallery in addition to Lost Well? Or are you doing another spoken word thing?

JB: Neither. [Sound Gallery] is more an in-store meet-and-greet to get people into Marc’s store. He and I might have a little conversation in front of everybody. He wanted to do a little interview/conversation strictly about the virtues of vinyl versus other ways to listen to music. He’s claiming that there’s normally the kind of young women you expect to be living on their phones coming into that store, wanting to buy records – because they don't like listening to downloaded files. They’re totally fed up with Facebook and don’t even deal with it anymore. That’s a disease I would love to help spread [laughs].

An old friend of mine I hadn’t seen in years surfaced in my email, wanting me to check out what he was doing these days with his Sound Gallery store. It turned out to be Marc Campbell, the old lead singer of the Ravers. When I was talking about what a thrill it is to crack open each town for punk music, the Ravers were that band in Colorado. I’d started to hear Denver and even Boulder actually had their own punk bands, but I hadn’t seen any yet.

Then I went down to see the Ramones in Denver in March of '77. I didn’t really take them that seriously yet. I thought they were kinda weird and goofy. They had these short songs with no guitar solos, lyrics like, “Beat on the brat with a baseball bat, oh yeah, oh yeah/ Now I wanna sniff some glue/ Now I wanna have something to do” [laughs]. Me and my pothead friends would listen to the Ramones in between the cooler space rock and prog we were trying to turn each other onto.

But I figured I should go see this. They were opening at a major label showcase place called Ebbets Field, which was a national ground zero testing ground for everybody who wanted to be the next Eagles or the next John Denver or whatever. They all played there, and occasionally they got something good there. I didn’t find out about the New York Dolls playing there until after both times they were there! But anyway, the Ramones were opening for a band called Night City, with Ray Manzarek and Nigel Harrison, pre-Blondie among other things.

Musically, it was just colorless FM rock pablum, but the Ramones opened. A lot of the music industry country-rock and Scientology-jazz-elite kinda people – not the actual musicians, but fans – were all there, because it was the place to go. And these four creepy looking guys with leather jackets come out onstage, and with one chord from Johnny’s guitar, you knew it was gonna be way louder than you ever thought possible [laughs].

The Ramones, of course, were incredible! Really powerful, really amazing. I couldn’t resist turning around to the front rows from time to time just to see how utterly appalled and horrified the rest of the crowd was! All of those guys with their Kenny Loggins feathered mullets and their corduroy jackets with patches on their elbows, and their women with curled hair and a flower in it because that was what Joni Mitchell was into [laughs]! They would have given anything to have been let out of Ebbets Field at that point and escaped the Ramones [laughs].

The Ramones are such a beloved thing nowadays, because they were a gateway drug for a lot of people to get into punk and underground music. But people forget how much they scared people back then! And it’s amazing how many people in that front row got so inspired by the Ramones. It turned into Dead Kennedys, Angst the SST band, the Wax Trax label out of Chicago – those guys who founded it were there. Al Jourgensen says he was there, but nobody knew it at the time. Don Fleming was there, and went back east and started Velvet Monkeys and Gumball and works at the Lomax Center Archives now.

A friend of mine who had an underground radio show in Boulder – the kinda guy who played the Ramones and Hank Williams back-to-back to see if he could get away with it – he talked Ebbets Field and the Ramones into staying another night and playing a show for the people who dug ’em. To Ebbets Field’s credit, they said, “Fine. We don’t have anything going on.”

So, the Ramones needed an opening band, and the only band that would fit was the Ravers. And since it was a high profile showcase opening for the Ramones, certainly the Ravers needed what was then called “roadies.” So, me and Joseph Pope, who later started Angst, and a couple of our other friends, Sam Turner and John Trujillo, we became the Ravers’ roadies from that point onwards until they moved to New York and changed their name to the Nails and had that “88 Lines About 44 Women” radio hit and all that.

I felt 10 feet tall. All those people in school and my family that told me I was such a loser and would never amount to anything? Fuck them! I’m a roadie for the Ravers! 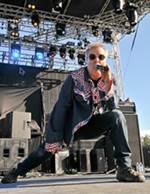