Research on well-being in the U.S. indicates unhappiness peaks in a person’s 50s. Don’t fault UK legacy act Gary Numan for his embrace of onetime protégé Trent Reznor’s trappings on last year’s Splinter (Songs from a Broken Mind). His industrial catharsis proves a healthier choice than bottling it up. 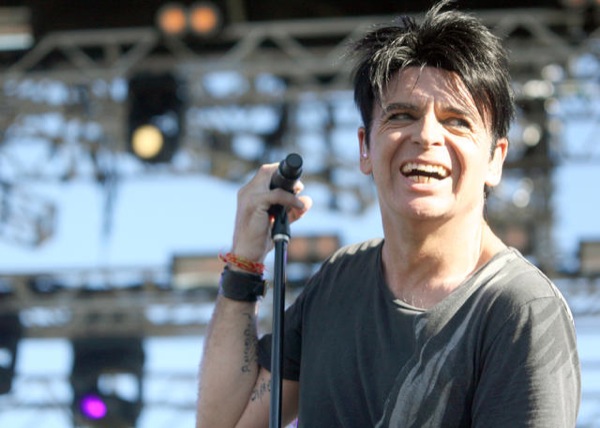 Clad in black with dyed jet black hair, Numan could’ve been mistaken for someone half his age if not for the ruddy facial features. Saturday afternoon’s set opened with futile puffs of stage fog and a ground-shaking synth bleat reminiscent of Roger Limb’s chilling logo music for Protect and Survive. “I Am Dust” set the thematic tone, pitting uncaged existential lyrics against machine press rhythmic efficiency.

Numan and his fourpiece backing band drew deeply from recent albums, ignoring early material nearly altogether. “Here in the Black” made the festival cut, but “Down in the Park” didn’t. Of course “Cars” made an appearance. The extra-crunchy rendition of Numan’s biggest hit appeared mid-set. Predictably, the crowd thinned shortly thereafter.

Numan appeared to be aided by vocal augmentation on some of the more violent choruses, but that was ultimately less distracting than the overwhelming sameness of approach. For an artist whose body of work is so diverse, the set had the air of overly-forced rebranding. As one song spooled into another, Paul McCartney’s work in the Fireman came to mind: convincingly abrasive but primarily interesting only because of who’s doing it.