“People talk as if I started the whole electronic thing”

UK electro pioneer Gary Numan will forever be known for sole American hit “Cars” and the 1979 LP which spawned it, The Pleasure Principle. As cold, clanking, and mechanized as the rest of his synth-driven repertoire, “Cars” hit ears like J.G. Ballard’s dystopian novel Crash reduced to three minutes. Fun Fun Fun Fest hosts him Saturday.

The song peaked at No. 9 on Billboard’s Top 40 chart, likely driven by a dramatic Saturday Night Live appearance.

Now 56 and residing in Los Angeles with wife Gemma and family, Numan returns to town after making a splash at South by Southwest back in March. On his back rides his 21st LP, 2013’s Splinter (Songs From A Broken Mind). Dark, heavy, industrial, its depressive clang sounds like the work of acknowledged fan Trent Reznor. 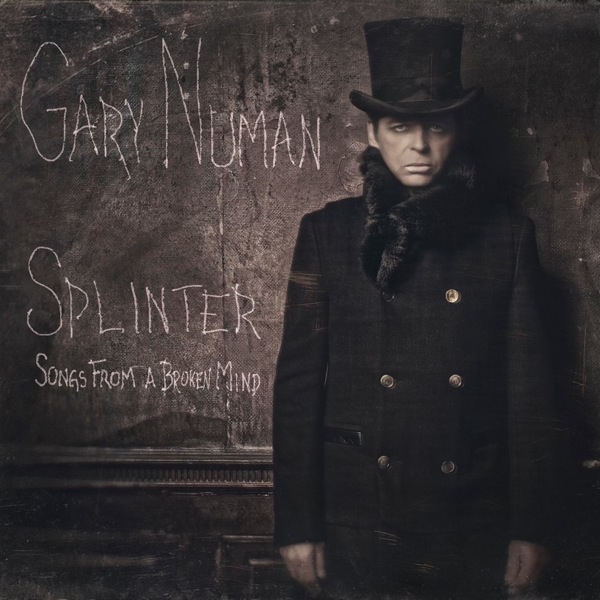 Austin Chronicle: Many Americans don’t know that “Cars” wasn’t it for you. You’ve had a long, distinguished career.

Gary Numan: I wouldn’t say it’s “distinguished.” I wish it was distinguished! I’ve made 21 albums. I’ve been busy in the 35 years that I’ve been going. In England, for example, I’ve maintained a level of success. In other places, it comes and goes. In Germany, for example, I was doing well for a bit, and then I would disappear again for a few years and nobody seems interested.

Here, as you say, I just had that one big single. I seem to have become something of a cult. People talk about me as if I started the whole electronic thing, as if I’ve been innovative and pioneering, which is not entirely true, again. But I’m very grateful for that.

Other artists in America, like Trent Reznor, talk about me positively. They’ve done cover versions of my songs. I get things used a lot on TV shows and adverts. “Cars” gets used a lot, still.

I think there’s been enough things mentioned or trickling away over the years that it’s kept my name around enough that people sorta know me. I would’ve loved to have had 25 or 30 hit singles. That would have been fantastic. So far – he says optimistically – that’s not happened!

AC: I’m looking at a quote from, of all people, Prince: “There are still people trying to work out what a genius Gary Numan is.”

GN: That’s really helped. Every time someone like that talks about you in a positive way, then lots of people read about you. They see your name mentioned in that positive light. A lot of their fans will check out who you are and what you’re doing, and hopefully some of those people will like it. It seems like that recognition has kept my career alive.

Last year, I put Splinter out, and that got, without a doubt, the best reviews I’ve ever had of any album I’ve ever made. At the moment, I’m in quite a happy position. Things are going better for me than they have for awhile. I’m grateful I’m still at it, still out there doing it and enjoying it very much. I’m able to tour. I’m able to put out albums that get very good reviews, and people still talk about me in a very positive light. I’d like to be more successful than I am.

I’m in a good position, though. People that’ve been around as long as me or started as long ago as me? Most of them are done. I’m not. I’m still here and I’m still doing it, and I love it more now probably than ever before.

Because with that time comes experience and confidence. I’m absolutely loving where I am and what I’m doing. The recognition I’m getting, I’m very grateful for. I live in constant hope that the next album will do even better and things will improve for me. I hope my career will have a renaissance and my music will take me even higher than it has.

AC: You started out in the punk scene.

GN: Yeah, I was in a punk band. We were called Tubeway Army. We never did that much with it. We got signed by a record company called Beggar’s Banquet that are quite a big label now, actually. We put out two punk singles, then I stumbled quite by chance across a synthesizer. So, I got into electronic music. My first album was actually a bit of a pseudo-punk/electronic album. Then I moved completely into the electronic music.

Never really liked punk, though. Never really had my heart in it. At the time, I kind of used it, like the mercenary person I can be at times. Sex Pistols were all right, but I never really liked much of the punk bands that were around at the time. But I noticed that every record label was signing up a punk band, every new label on every street corner in London at that point, at least. They were all signing punk bands.

It seemed to me that if you wanted to get your foot on the ladder, if you wanted to open that door, then doing punk music at that time was the way to do it. I did: I got my contract with Beggar’s Banquet, I did my two punk singles to make them happy, then I found what I was really interested in and went in my own direction after that.

GN: Never meant it to be robotic. That was down more to lack of talent, I think. I didn’t want it to sound wacky and sparse. I just didn’t know how to do it properly! I couldn’t afford the equipment. I think I made three albums before I even owned a synthesizer. I used to rent them for the few days that I had in the studio.

My first album, I think, was done in three or four days. Our second album was done in five days. I think my third one was done in seven days. At no time did I own any of the equipment. I would rent the synthesizer in the studio for two days, or one day, then I had to get as much done as I could in those few days.

So, I did everything very, very quickly, and I didn’t have a whole lot of time to experiment and add layers upon layers of sound. I only had the machines there for very few days. It was all very quick. In a way, that gave ‘em excitement.

Time and money were against you. You had to do your best with the two or three synthesizers you had – in the two or three days you had them. So, there was this frantic, slightly chaotic energy that gave the music the sound people went for.

People still talk about The Pleasure Principle album as a groundbreaking kinda thing. Circumstances dictated the sound as much as any skill or talent I had. I’ll take small credit for it, but there were other things going on, as well. Luck was a big part of that, really.