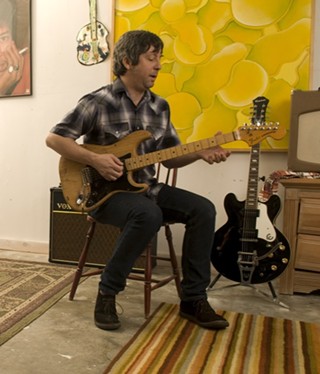 Since he was 16, Tony Scalzo knew music would be his path in life. The story of his million-selling local trio Fastball is the stuff Austin legends are made of. “We play all over the country and it‘s still a blast,” says the guitarist/bassist. Since 2013, his other band Wrenfro has become his passion. Catch their Wednesday night residency at Strange Brew.

“We stand in the face of fashion,” he says of Wrenfro. “We’re known to throw down the honky-tonk, we offer up the rock, and we give you a few dance groove jams as well. It’s this really cool sort of agreement between Kevin McKinney and myself. We haven’t yet written a whole song together, but the collaboration lies in the planning and things like the set arrangement and the live show.”

“Scalzo’s a songwriting beast and Kevin McKinney is the most underrated songwriter in the Austin,” he insists. “They’re my favorite band and I haven’t missed more than three of their shows.”

The sextet’s guitarist Chris Gebhard chimes in: “Wrenfro is the band I’ve always wanted to be in – great songwriting, great band.”

Band wrangler Scalzo, a father of four, says he’s happiest when he’s with his charges – and we don’t mean the ones in Wrenfro!

“I was raised by a sweet mom from Arizona who loved Elvis,” he says. “I grew up studying classical music. My dad was an Italian-American from New Jersey who joined the Marines to fight in World War II and stayed in the Marines until 1973. We moved to Orange County and I went through elementary, junior high, and high school there.

“The Eighties was all New Wave and punk rock and I got into it big time. I’ve played in bands since 1978 and I’m still always thinking about the next gig.”

Success, even with a platinum-selling LP in Fastball’s 1998 sophomore disc All the Pain Money Can Buy, remains a relative ideal when it comes to making music in this day and age.

“I believe I’ve made all the money I’m ever gonna make from selling records,” he offers. “Today it’s about getting out there and hitting the road. You have to be playing live to get money. Recorded music is now just a way to generate the live experience.

“I’ve always felt successful, though,” he continues. “Since I started doing music I’ve always felt that I could pull off what I’ve tried to do. There’s a span of about 18 years from the time I first performed in a band to the night Fastball performed on The Tonight show in 1998. Having a few radio hits like ‘The Way’ and ‘Out of My Head’ were definitely the point of the most action for me.

“It was intense! From that moment on, Fastball didn’t stop for a breath until about four years later. It was such a blur. I had no time to evaluate our success.

“Things have wound down nicely to a workable level since those heady days, and I just keep making music and playing shows. Success for me now comes in small moments, like when I feel happy about a song I just sang or when the band comes together and just transcends.” 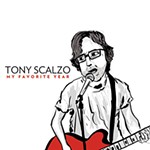