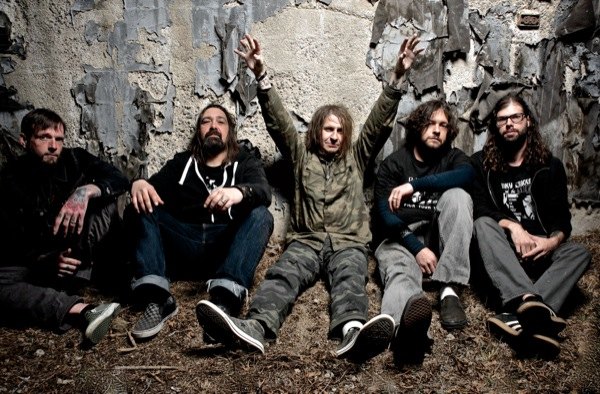 Austin Chronicle [via email]: You’re returning to Housecore after making a big splash last year. How did it come about that you’re back so soon?

Mike Williams: We will most likely play Housecore Horror Fest every year, because it’s put on by our good friends and family in our close New Orleans/Texas circle. It would be cool to make playing there a tradition.

AC: What do you think the difference will be this year?

MW: It’s impossible to say what the difference will be until the end of the night. Things like that are unpredictable and will be judged after the fact. We live every minute like it’s our last.

Last year’s Fest was pretty emotional because it was our first gig after our friend and longtime drummer Joey LaCaze passed away. We were lucky to have Dale Crover from the Melvins fill in with us, so it was bittersweet. We are truly excited to be back again this year as a tight destructive unit.

AC: How are things working out with new drummer Aaron Hill?

MW: Fantastic – all is well. Finding a drummer with the Southern swing and groove is what we were looking for, and he fits the bill.

AC: Eyehategod is a band made up of folks in other bands as well. How do you balance everyone’s commitments?

MW: To us it’s the other way around: all of our other bands are made up from members of Eyehategod. Arson Anthem, Corrections House, Down, Classhole, Mountain of Wizard, Hawg Jaw, the Guilt of..., Outlaw Order, Soilent Green, Missing Monuments; With new projects forming all the time, we do what we have to do to make it all work out, but EHG is the main priority for everyone.

People ask this question all the time and the bottom line is that we are musicians. This is what we do. We play music. Why limit yourselves to one band or style? When you have a creative streak, roll with it.

AC: EHG seems to be about catharsis, with a lot of pain, anger, and disappointment covered in your songs. Is that an accurate assessment? Since y’all don’t come off as particularly tortured in interviews, is this the way you deal with these kinds of feelings?

MW: I guess so... That’s part of what we are about. We sound the way we do because it comes from the heart. What we do is based in reality. We don’t walk around all gloomy and doomed out, but everyone has good days and bad days because that’s how life tends to be. We’ve been through a lot in this band and individually, and the will to survive is too great to give up.

Art in general is a cathartic release – music, writing, painting, drawing, etc – so we keep blasting it out and delivering 1000% live. People relate to EHG. They see themselves in us and feel a comradery with us. They tell us we help them face their troubles and life with that kinship.

AC: How does EHG and your fellow travelers in Crowbar, Goatwhore, etc., feel like they fit in New Orleans, a city known for its wide variety of music? Are y’all another facet in the diamond or do you feel set apart from the jazz, blues, R&B, bounce, and more?

MW: We all fit into NOLA’s musical landscape just as much as any of these other genres, which, by the way, I want to go on record saying we love all NOLA music – everything you mentioned above. We feel an amazing pride for all New Orleans music.

Underground extreme punk/metal/noise has existed in NOLA for a long time, while never getting any or minimal local press – as if we were a pariah to the older generation’s beloved tourist trap Bourbon St. pablum. Without naming names, a few local papers have purposely ignored this “scene,” knowing full well that we all have been packing clubs and halls in the city and suburbs for years.

This goes back to the Seventies when bands like the Normals, Backstabbers, and Rat Finks were the kings of N’Awlin’s night life, but only got coverage in local rags for exploitation pieces.

AC: Did you ever think Eyehategod would still be around and kicking ass 25 years after its formation?

MW: Pretty impossible to predict something so insane, but it’s been an amazing ride, and we ain’t quittin’ anytime soon!

READ MORE
More Eyehategod
For the Sick: An Interview With Michael D. Williams
A post-jail interview with Eyehategod's frontman.