Lorde’s target audience of high school girls was out in full force on Sunday night, ready to slurp up her artsy tales of suburbia, alienation, high school, and alienation in suburban high schools. Opening with “Gladiators,” the teenage Kiwi had her Texan peers bellowing along with every word. 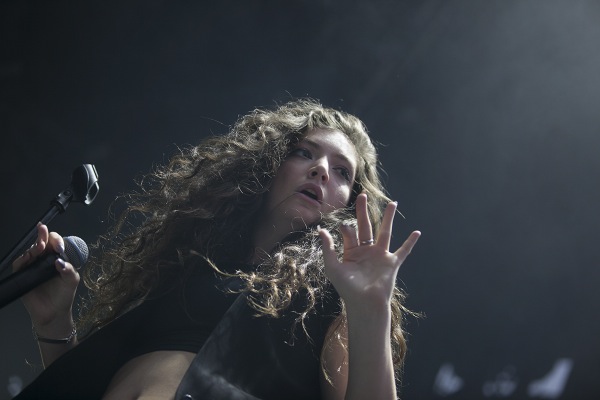 The 17-year-old singer continued her glide through the ’burbs and its cliques on “White Teeth Teens,” “Tennis Court,” and “400 Lux” before a blink-and-you-miss-it costume change. She then took a moment to wax reflective on the past six months, this gig bookending a tour that kicked off at the Austin Music Hall in early March.

“Six months ago, I was terrified of growing up, but now it’s so beautiful, so great, because of you,” she said before launching into “Ribs,” a teenager’s diary of anxiety about growing older. This no doubt triggered one of two reactions in the overflowing audience: #OMGIidentifywiththis (ages 15-25) and oh, brother (ages 35+).

She capped off the set aimed right up the middle, with megahit “Royals,” new single “Yellow Flicker Beat” from the upcoming Mockingjay – Part 1 soundtrack, and “Team.” She seemed reluctant to relinquish the stage, but time rolls on and we all eventually have to take a bow.