Chvrches could get really big. Like monumentally famous in the same way Radiohead sells out stadiums while making albums entirely out of amniotic fluid. There’s a bright future for these three twentysomething Scots to become the next New Order – and we must do everything we can to ensure that. 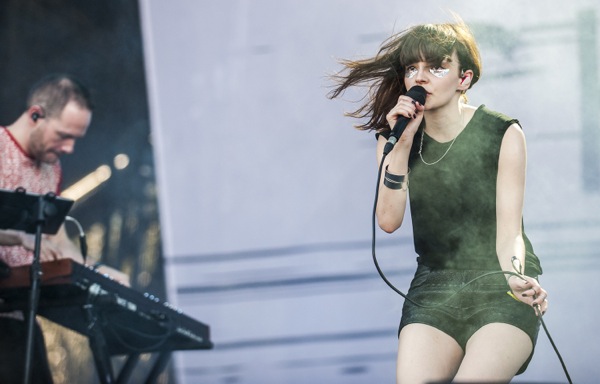 2013 debut The Bones of What You Believe could fade to blip. We’ve seen it before. In it, however, Chvrches has itself the most exciting bow in recent memory and that earned them a hero’s welcome on the same stage where Outkast would later sleepwalk.

Martin Doherty’s crackling, hard-candy synthesizers, Lauren Mayberry’s spitfire pipes and cutthroat lyrics, and Iain Cook’s sturdy six-string duties blew the doors off Austin last year during their South by Southwest coming out. A year and a half later, they’ve only gotten fiercer.

We’re deep in the album cycle, so Chvrches doesn’t hit the spotlight with butterflies anymore. Over a pair of ACL Fest sets little changed outside the outfits. The beaming “Recover,” apocalyptic romance of “We Sink,” and perennial show closer “The Mother We Share” all flashed electro-pop lightning once again.

God, we can only hope. 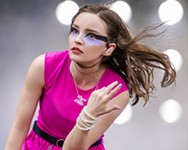 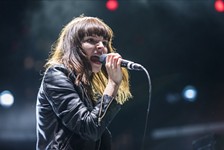 Chvrches FFFF Review
Glaswegians smooth out most of the electro kinks