Pure, earnest DJ goodness in the face of the apocalypse

Music like Zedd’s feels like broader commentary on a generation resigned to the end of the world. A mixture of legitimate crisis and an overabundance of information can make this sad world too much to bear sometimes. 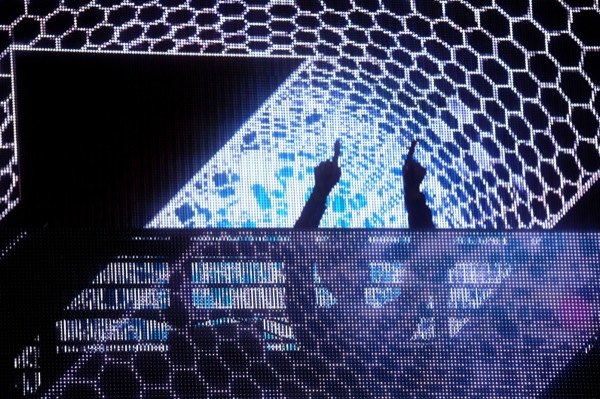 Pay attention to the man behind the screen, one Anton Zaslavski. (Photo by John Anderson)

These great, immeasurable problems – ongoing racial tyranny, ecological Armageddon, NSA privacy breaches, the ongoing potential for a global Ebola outbreak – are hard to escape. Maybe the reason a 25-year-old Russian armed to the teeth with feathery synths and stony bass has found American ubiquity is simply because it’s the only peace of mind we can afford these days.

Typically the vanity and overindulgence of your average music festival offers up apocalyptic visions. Fortunately, the overarching theme of Zedd’s music is goodness. Pure, earnest goodness. It’s that sort of self-affirming electro-pop that’s helped his beats bust their way up the charts on the backs of Ariana Grande and Lady Gaga.

When he opened with a starry remix of “Rude,” by Canadian quasi-rude boys Magic!, the audience’s hands refused to deflate. Zedd grabbed the microphone and told us all to sing along. He didn’t write “Rude.” He wasn’t even involved in the original production. Yet he still urged us to repeat those words back as if they belonged to all of us.

I felt relieved. I don’t think I was the only one. 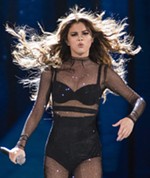