Nikki Lane’s the kind of girl that gets mothers clucking. “She’s got such a filthy mouth,” they say over glasses of chilled Chardonnay. “I wouldn’t want my daughter getting mixed up with a girl like her.” 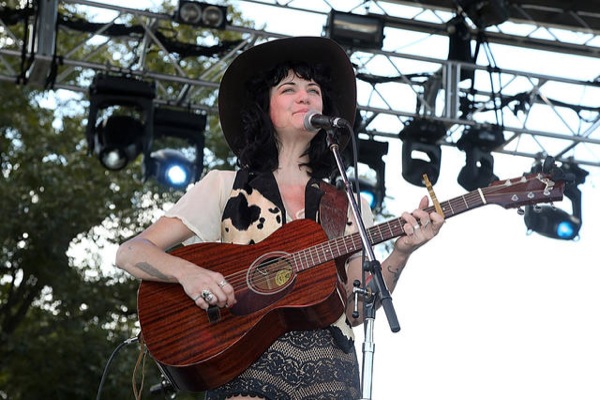 Indeed, there was much to cluck about at Lane’s early-afternoon set Sunday, from her lacy nudie shorts with the half-inch inseam (and generally tragic sartorial choices) to her salty language (“This song’s about fucking someone you don’t know”). And while she may lose marks in a number of categories determining good taste and fitness for polite company, she makes it up where it truly matters to her: in forging new, deeply feminine paths in outlaw country.

Lane, on both this year’s Dan Auerbach-produced All or Nothin’ and its predecessor, Walk of Shame, proudly owns both her trashy, South Carolina hillbilly roots and her sexuality. After she chooses to “Sleep With a Stranger,” she’ll do a “Walk of Shame,” but that doesn’t mean she’s not open to love. Nor will she truck with any bullshit some man tries to give out.

All of these movements, from vulnerability to lust and love, were on display during Lane’s set, culminating in a thundering – and bearing indelible Black Keys fingerprints – rendition of “All or Nothin’” that dispelled any doubt as to whether audiences should take this young woman in the tacky clothes and too-big cowboy hat seriously. We would be fools not to.