“She’s such a goddess,” awed the teenaged girl next to me upon her first glimpse of Lana Del Rey. Wearing a pea-green dress and prominent cross necklace, with buoyant hair curled to perfection, the 29-year-old singer looked like a picturesque Fifties housewife, straight from the reels of Mad Men.

Opener “Cola” quickly crushed any good-girl air, with the N.Y.-born Elizabeth Grant breathily singing that her “pussy tastes like Pepsi-Cola.” She then proceeded to puff on cigarettes between jazzy oohs and ahs backed by her own vocal tracks.

The 60-minute set wasn’t nearly as disastrous as her 2012 Saturday Night Live debut, but it was far from good. The heiress glided through her performance sans passion, or without seemingly even trying very hard. At one point, she hopped offstage for a selfie with a front-row fan – a warm respite from an otherwise tedious set and ACL mob scene. 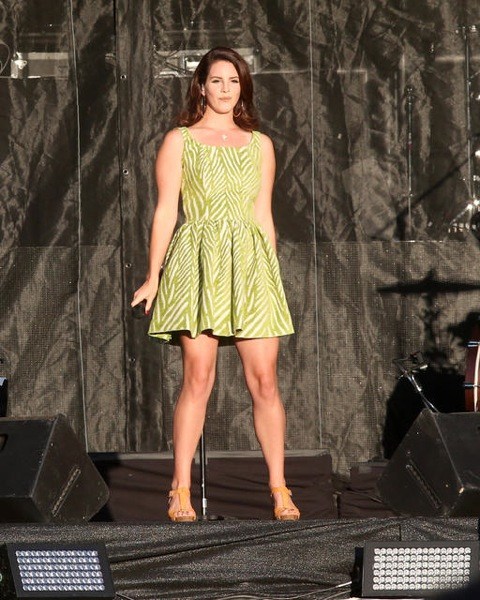 Your what tastes like what? Lana Del Rey at dusk on Saturday at ACL Fest. (Photo by Gary Miller)

New songs like “West Coast,” from June’s Ultraviolence, got their close-ups, but it was Born to Die hits “Summertime Sadness” and “Video Games” that pleased her staunch fans, dense and competitive in the pit.

“You guys are amazing. It’s so fun to be here,” the singer finally spoke, languidly strolling the stage in high heels.

“It all sounds the same,” muttered a guy behind me. 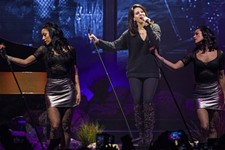 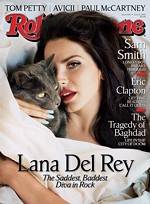