At the close of the brightest summer of her career, Australian hip-pop diva Iggy Azalea presided over a dense, sunburned crowd Saturday afternoon at ACL Fest. Strutting center stage and flanked by a crew of dancers, the MC pulled from April debut The New Classic. Teenagers shunning each other in the audience rose on tip-toes to catch an eyeful.

The interpreter for festivalgoers with hearing impairments stole the show with rapid, calculated gesticulation and careless hip-shaking. Chains of blond teenage girls wove through the packed crowd like a jangly caterpillar as the Grand Hustle bombshell emptied her catalog from dance anthem “Bounce” to defiant “Don’t Need Y’all.” Count down to the song of the summer. 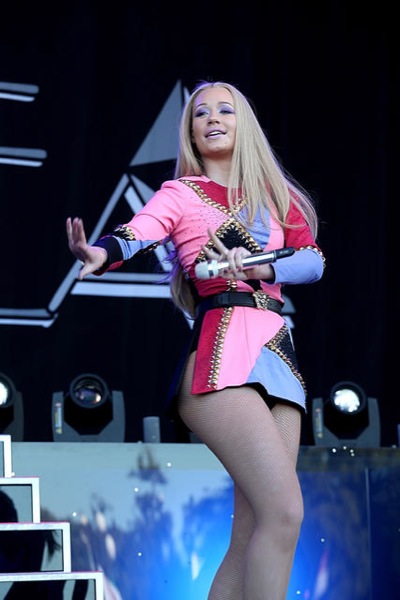 “I see a lot of ladies in the audience tonight. I hope I don’t offend anybody,” the rapper said coyly, launching into the raunchy “Pussy,” from her 2012 mixtape Ignorant Art. From the hands pumping in the air, even the dads were impossible to offend. The crowd hummed as DJ Wizz Kidd dropped the whimsical horn opening to Azalea’s summer megahit with Ariana Grande, “Problem.”

Autobiographical “Work” drew whoops of recognition (“Valley girls giving blow jobs for Louboutins/ What you call that? Head over heels?”). Before the festival circuits and Twitter feuds, the rapper scavenged on the streets of Miami as an underage immigrant with dreams of hip-hop royalty. She picked up mentor T.I.’s disarming Southern grace and habit for chart-topping earworms.

Bedlam struck with the opening beats of “Fancy.” Leading a mass of backup singers, the rapper blew through her cheeky verse with precision. If you couldn’t get it out of your head before, good luck now. 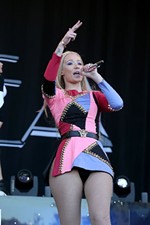