“Why Be a King When You Can Be a God”

At 9pm, a half-hour into the touch-em-all set of Eminem’s grandest canon, an 8-year-old and his mom stood together just in front of the No Chair line looking less interested in one another than anybody else in Zilker Park.

The kid, a short dude with a crew cut and red shirt that read “Never Count Me Out,” didn’t want any part of his accompanying parent – maybe 42, wearing a necklace and earrings, blue shirt, and some white frills around the collar. He didn’t want any of her and neither did she of him – though not for any reason you’d conventionally suspect. 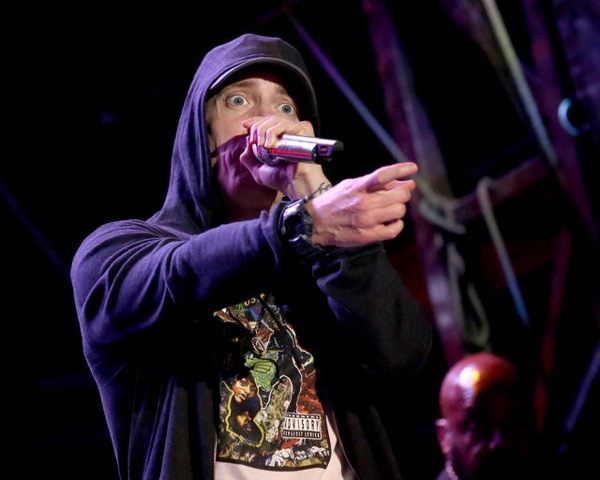 A few ticks after “Why Be a King When You Can Be a God,” a song AZLyrics.com notes carries two “shits,” three “bitches,” 11 iterations of “fuck,” and one allusion to President Bill Clinton’s scrotum, the Detroit MC’s hype man Mr. Porter asked the crowd who’d gone back with Eminem since the days before Relapse in 2009. Cue cheers. Mr. Porter asks another: What about Marshall Mathers 2, the 2013 LP filled with more tongue twisters than your baby sister. Once more: “How many of you have been there since day one?”

The kid waddles sideways as his mother howls. Turns out it’s the matriarch who’s pulled her son out to the rap show.

Funny time in music history when mothers go full throttle for sets with old jams “Kill You,” “Just Don’t Give a Fuck,” and “Criminal,” a rap that finds Eminem promising to double as “a fucking rapist in a Jason mask.” Yet here we are: 2014, 15 years after Marshall Mathers’ debut and the first in which a rapper once roundly criticized by damn near all the mothers in America becomes a Saturday headliner at a family friendly festival.

Eminem came tight as a rope from the 8:30pm get-go, spinning “‘Till I Collapse,” Relapse’s “3am,” and a lively version of “Square Dance.” He spoke rarely, offering little more than, “It’s been three years, but it feels like 20 – I missed you!” after “Kill You.” In a Juventes football tee and camo shorts, Mr. Porter did the talking.

That left Eminem to rap. At 41, he’s still immensely capable. He bested guest MC Royce Da 5’9” on “Fast Lane” and spun his way through polar opposites “Berzerk” and “Stan” with ease.

He threw a couple gifts at that 8-year-old by touching on his appearances on Drake’s “Forever,” Rihanna’s “Love the Way You Lie,” and Paramore’s “Airplanes.” The backend – “My Name Is,” “The Real Slim Shady,” and a triumphant “Lose Yourself” – closed ACL’s second night up tight. No word on the ride home for mother and son. 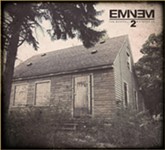 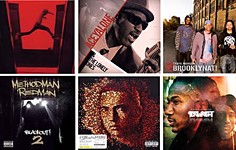