Beck and Outkast hid themselves under the cover of darkness. Sam Smith had a 5:15pm set time to contend with. He wore his newfound ubiquity like a gold chain. 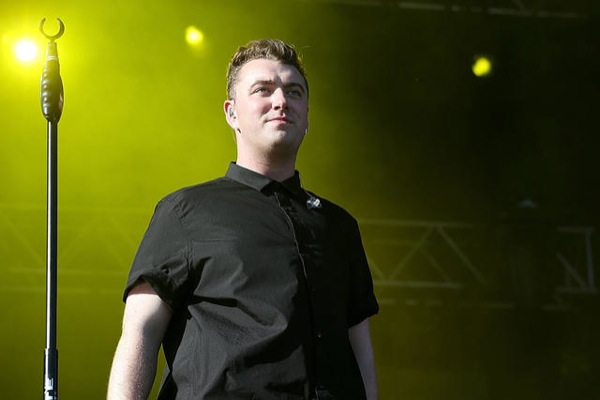 “Hey I know that guy”: It's Sam Smith (Photo by Gary Miller)

Difficult to know what prompted such a turnout. The Austin City Limits Music Festival, as an institution, has grown so mainstream that easy recognition remains crucial. No doubt the fact that Smith’s “Stay With Me” hasn’t left the radio for months caused the mass gathering, but it still felt outsize.

Then again, for those simply cruising the park, a, “Hey, I know that song,” is all it takes. Does it feel a little funny that Smith earned a bigger audience than Belle & Sebastian? Definitely, but he appeared honored. His first words after taking the stage: “Holy shit!”

The 22-year-old Londoner ran through the bulk of his July breakout, In the Lonely Hour, including the Marvin Gaye-like, early-morning croon of “I’m Not the Only One” and synthetic “Money on My Mind.” He even threw his smoldering take on Arctic Monkeys dirge “Crawling Back to You.” All of it worked.

Sam Smith’s a likable guy, but you can’t help wonder if right now – October 2014 – he’s at the peak of his powers. Pop music remains cruel by design. What will this crowd look like in 2016?