Calling her presence as sole Latina at ACL Fest 2014 “a beautiful invasion of culture and sound,” Chilean Ana Tijoux launched the title track of her new LP Vengo as both declaration of purpose and invocation of spirit. 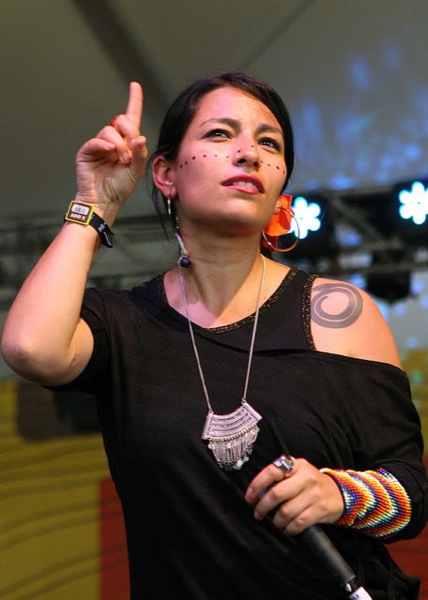 “I know some people don’t understand what I’m saying but it doesn’t matter,” she assured amidst her Spanish set. “It’s about flow, and rhythm.”

Even so, the most overtly political act at this year’s Zilker Park convergence was compelled to give a quick primer on the Chilean protest movement for free education before delivering “Shock,” which tackles the issue head on. With a bright orange flower popping out of her jet black hair, Tijoux aimed verbal bullets at the patriarchy on “Antipatriarca,” dedicated “to all the women of the world – and the men,” then got downright Bolivarian on “Somos Sur.”

The latter stacked slow build into frenzy and put a new twist on an old adage: Tijoux can rap the atlas. It proved a better live shot than her biggest hit to date, the mid-tempo minimalism of “1977,” which induces more head nods than hypeness.

Her fourpiece – bass, guitar, drums, DJ/cowbell/rapper – laced a funky Andean groove on “Creo en Ti” and marched militaristic on “La Bala.” While the set leaned largely on new material, Tijoux indulged shouts of “otra, otra!” with an encore of “Sube” from her 2010 major label debut.

“This is Spanish class right now,” she proclaimed.

Read the Chronicle's interview with Ana Tijoux and record review. 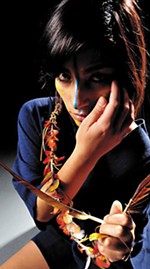