Detroit MC calls it: “Weird City, first of many” 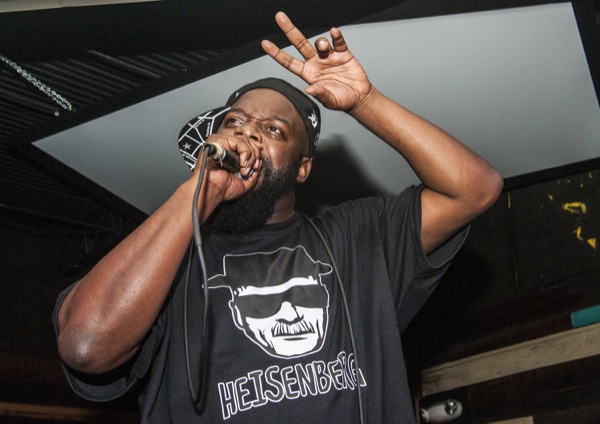 The always-steady Simpson eased through his catalog, starting with cuts from 2008’s Ode to the Ghetto and the Apollo Brown-produced Dice Game (2012). He reciprocated audience energy on “Dear Jane,” giving considerably more gusto than provided by the album version over Brown’s dirty production.

Simpson came alive on tracks like the former disc’s title track, where he leaves trickery and flash to the production. That juxtaposes an easy, no-nonsense delivery. Simpson never pretended to be anyone he wasn’t, perpetually grounded and letting the crowd know it.

“I bring that real hip-hop shit,” he growled.

Most effective was his use of the crowd’s love, giving it back with verbal appreciation for Austin’s new festival and the city itself. Both evidenced genuine vigor. A hopeful Guilty, in his simplicity, gave the quote of the night: “Weird City, first of many.”