Veteran MC on depression, rock bands, and his demise

As the veteran MC tells it, he was in his dentist’s office eight years ago when he learned that the combination of prescriptions he was taking – for asthma and other ailments – had triggered severe melancholia. He cut the meds immediately and set forth on writing PTSD, the uniquely skilled rapper’s most introspective effort yet. 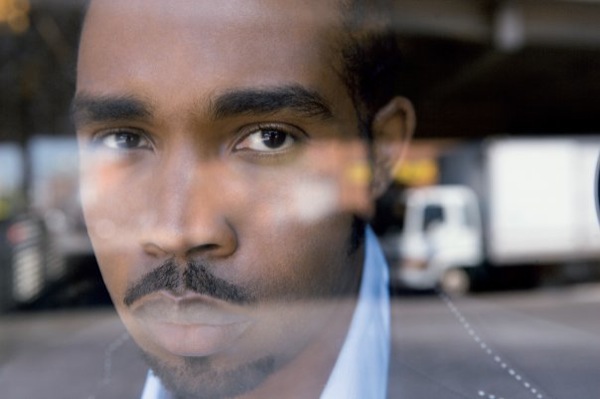 Austin Chronicle: How long had you been suffering from depression?

Pharoahe Monch: I know now you can waver in and out and not be 100 percent without realizing it. It threw me so low and I didn’t realize it was something that was happening as a result of these prescriptions.

AC: Is it safe to assume you’re off those meds?

PM: Right. It was various medicines that I take or had been taking. What threw me for a loop was the amount and being hospitalized for so long, because they couldn’t find a way to open my lungs and break the asthma attack.

AC: How is writing different when you’re dealing with depression?

PM: My writing comes to me. As I’ve gotten busier with my career, I’ve had to work with other people and force things out – get in the habit of being more efficient. Post-depression, I’ve been able to clear my head and get into a space and vomit out the thoughts more frequently. I know where that space is.

Even now, moving onto a new project, I’m finding myself really having to get into a character. It’s going to be different. I’m trying to keep up my social network duties, but I really need to stay off. I don’t want to be influenced by too many current events for this project. I want it to be a bit social, but not just based on what’s going on at the moment. I want it to be an overall experience, not dated.

AC: What is the next project?

PM: It’s going to be heavy, and social, but I don’t want it to sound like a reflection. I want it to be a broader stroke of the greater message instead of pinpointing incidents. It’s going to be hard. There’s some straight rock & roll. Overall, the project is a rock project. I’m going into it like a guy who’s in a garage every day with his band. That’s their focus and cohesion.

AC: You made reference to a method actor losing weight. Should we expect something that’s less internalized than your previous works? Are we getting another identity outside of Pharoahe Monch?

PM: Pharoahe’s fucking dead. He died at the end of PTSD. I’m trying to find one of these alternate people in my head for this new record.

AC: Will it still be billed as Pharoahe Monch?

PM: I very seriously doubt it.

AC: How far are you into it?

AC: You mentioned a band. Do you have one? Is this a live band album?

PM: I’m still looking for people. I’m trying to defeat things that I hate about artists who do this type of thing. The way they do things, it’s not organic. It’s slopped together. The musicians rarely know each other, and it sounds like it. It’s not good music.

The best bands are the ones that have been playing together for a while. Only in some instances can you piece it together. Part of my process is making sure this isn’t fraudulent, which is why I want to become that guy and have this sound incredible. The music’s still going to be produced in-house. It’s mostly Lee Stone and myself, but we will take some music from outside. That’s the challenge, because it has to be cohesive.

AC: You said Pharoahe had to die on the last album. Why?

PM: The story with the album is that I go into a [hospital] where they erase bad memories. It has that science-fiction theme throughout. What you’re hearing is taking place inside my head. The last couple skits and final song is about my being in that place longer than I’ve known. They wake me up and when I come to, the laws are different. It’s actually against the law to think the way I think – in terms of social issues. So he’s arrested.

AC: How does that character differentiate from who you are?

PM: That album is super dark. I like dark music. Its colors are blue, and stuff like that. But, most of the day, I like orange and red – sunshine and being silly. I joke, and I laugh a lot, and I like comedy. I wanted to subtract that from the album, because that’s not what it’s about.

AC: So what color is this new album?

PM: What do the colors in hell look like? Let’s just say it’s harder than anything I’ve ever done before.