Known for real-life lyrics combined with an elite technical skill, Dilated Peoples log more than two decades of rhyme. Coming off the release of the long-awaited and well-received Directors of Photography, the Los Angeles trio co-headlines the Weird City Hip-Hop Festival on Saturday at the weekend’s headquarters, Empire Control Room. 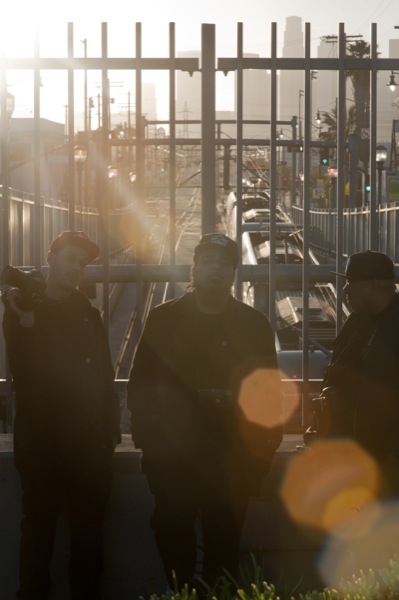 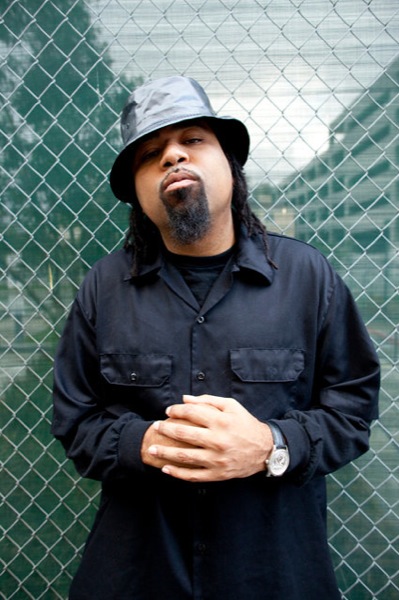 Austin Chronicle: What are your influences outside the context of hip-hop culture?

Rakaa Iriscience: I’ve studied architecture and graphic design. Certain levels of politics interest me. Definitely martial arts. I’ve been a martial arts practitioner and fan for a long time. But, y’know, to be honest, one of my biggest inspirations is boredom. Like my discomfort with boredom. I’m inspired by the blank canvas, [and] the feeling of frustration that comes it.

AC: Does that then inform your lyrics?

RI: As far as architecture, I mean, you learn how to blueprint things. You learn how to visualize, and then analytically break down the best way to achieve that structure. You learn building, you learn balance, coding. You learn a lot of things, that I feel, help in building actual lyrics on a maybe more metaphoric level. Sometimes it’s on a more a direct level – visualizing a song then taking that abstract idea and turning it into an actual plan.

Boredom gives me that drive. It doesn’t allow me to be really complacent, sometimes even to a fault. It’s opened me up to a lot of different subject matter, and artists I wouldn’t have [worked with] if I didn’t have that wanderlust.

AC: You have a sure, laidback, smooth flow. Who influenced you early on?

RI: It was more of an era, that late-Eighties, early-Nineties era…

RI: Yeah, I’d say so. I’m a huge Boogie Down Productions fan, a huge Rakim fan, EPMD, NWA, Native Tongues, Beastie Boys. Of course Run DMC, Kool G. Rap. Almost everybody you listened to, with a few exceptions of course, was an incredible artist. The quality of what we were listening to on the radio [in Los Angeles] was the cream of the crop.

Later on, it became Soul Assassins, Freestyle Fellowship, stuff happening in Oakland, down south. I heard Goodie Mob and became attached to it as much for the message as for the sound. I think I was equally influenced by listening to John Coltrane, Gil-Scott Heron, Last Poets, Watts Prophets. Bad Brains, Fishbone, Johnny Cash, Bob Marley, Peter Tosh.

AC: What are the differences in recording for an independent label like Rhymesayers, versus a huge major label like Capitol?

RI: In a traditional record deal situation, you become an employee. It’s a one-sided relationship as far as power, and control, and options. With Rhymesayers, it’s much more of a, “We’re not recording for them, we’re recording something to offer them.” It becomes a partnership. It becomes a feeling of, “Let’s all do what we’re here to specialize in, so we can win together,” rather than, “I hope that we can recoup, so I can make some money beyond my advance.” They have a blue collar, roll-up-your-sleeves-and-get-it-done attitude. They really take the time to nurture their fan base.

AC: Dilated Peoples remains more like three entities joining together than a traditional group. How do you work with the push and pull of those separate mentalities – solo and group?

RI: When we met, [Evidence] was already doing solo stuff. I was doing solo stuff. We hadn’t even met [DJ Babu] yet. Ev and I met first and decided to form a group, off of one song. Like we did a song together as solo artists, and decided, “Let’s do something together.” We formed a group that would later be Dilated Peoples.

From the first record [until] Ev dropped [2007’s] The Weatherman, we always said we were gonna be doing solo projects. We met and something about the contrast was very interesting, and alluring. Just the way that we felt, everything flowed naturally. We were already very different artists, as far as our tastes and our goals creatively and everything else. Dilated Peoples was our common ground. That’s the platform we could share and make it work.

AC: There used to be a sociopolitical tinge in rap music. Do you think that’s disappearing?

RI: I think that big business appeals to the biggest common denominator. It’s not really interested in culture, or side effects, or ripple effects. It’s interested in moving units, whether it’s records, or boxes of cereal, or shoes, whatever. That’s the nature of the machine. I think a lot of it has to do with the fact that, y’know, maybe people at the very top are comfortable doing deals of corporations. They, in turn, become cultural leaders that are basically, and directly, financially tied to big business interest.

We have to understand, whatever we want is gonna be out there. Now, what we’re presented with – what’s pumped out to us – that’s changed unfortunately. We went from pretty much local program directors to maybe a handful of people saying what the entire country is gonna listen to. It’s gonna be these 10 songs, with maybe a couple of variations here and there, regionally, or whatever. There are people very comfortable with the idea of expressing stereotype, of only showing one side of themselves if that’s what people are going to spend more money on, rather than showing the totality of who they are. If the people demand better, they’re gonna get better.

AC: Lyricism in rap seems to also have taken a back seat.

RI: A lot of it has to do with access. During the Golden Era, it was a very small machine for hip-hop culture, and rap music in particular, for artists to get on. There was very little respect for an independent artist, for someone that wasn’t on a major label. For the most part, outside of the gangster, dope dealer type stuff, if you didn’t have a record deal, it was like, “You’re not even signed, so don’t talk to me.” Anyone coming into the game was very closely scrutinized. You couldn’t really have weaknesses.

Once the machine itself was opened up by technology, the Internet in particular, you could pretty much record a whole album. So what that means is that anybody with an inkling of wanting to be famous could say, “I’m just gonna make a record. I don’t have to have skills.” I think that access is important – everybody can do it. Now, whether everybody should do it....

It’s just about recognizing there’s a time and place for everything. Even just wild, ridiculous ignorance – there’s a outlet for that. But it doesn’t have to the norm, and definitely shouldn’t represent a people, and ultimately on a broader level, represent a culture and race, as the only expression [of culture.] I think that’s where it can get very dangerous. There’s no balance anymore.