Running Sept. 25-28, SWRFA was founded by Allen in 2000. Its showcases are open to the public on both Friday and Saturday evening.

“While we’re a smaller, tighter knit community at SWRFA, the events and scheduling are based on the Folk Alliance International Conference model,” she says.

Folk singer Amy Sue Berlin has been going to Kerrville since she was 8 and describes Allen as the “goddess behind the curtain, the wizard of Kerrville. She works all year long to keep this musical community together.”

Jason Weems, Allen’s right hand man and Kerrville Production Manager, echoes Berlin: “She’s steward of the Rod Kennedy Legacy. She was an early Kerrvert and goes way back with a large group of musicians that came up together out at the ranch. She’s remained loyal to those artists through the years and strong ties have been made.

“I’ve seen the long hours, and boundless heart that Dalis puts into her efforts for the folk community,” continues Weems. “She’s really shown, through her actions, just how much this music and the people that make it mean to her.” 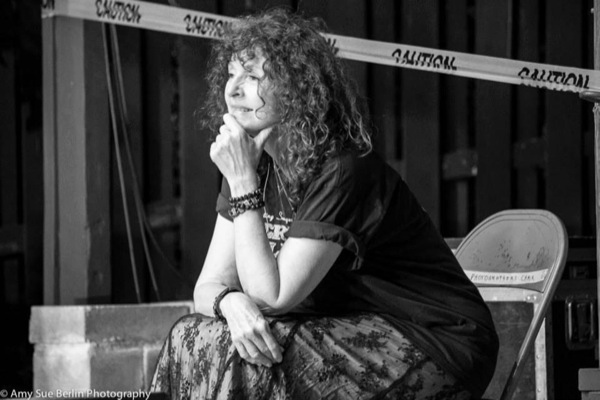 Austin Chronicle: A lot of people, including Amy Sue Berlin, have told me that Kerrville is the embodiment of music and community.

Dalis Allen: Yes, it’s a community, a family, but Kerrville is so much more. It’s a phenomenon. The reason we have third and fourth generation volunteers and attendees is because people were raised here and can’t imagine not seeing this part of their family every year. For some it’s a constant community and for others it’s an additional family that they keep in touch with but only spend time with during the festivals.

There are so many aspects that make up the whole. On the one hand, we have the stages and billed performers and ticket buyers; on another, the campfires – which pretty much continue night and day – and also the campers. Most folks will come back, so we just have to get them to come once and experience it.

AC: You were born in New York, but spent most of your youth in Houston and that’s when you first went to Kerrville, right?

DA: Yes, I was attending the University of Houston. I got that this was a very special event that had an energy many others did not. That’s proven true.

AC: When did you first meet Rod Kennedy?

DA: I met Rod when he hosted the Longhorn Jazz Ensemble at University of Houston. We became friends and I joined his staff after my first Kerrville.

AC: You started organizing events when you were in college?

DA: I helped start the Coffeehouse series there and then went on to be the vice president and then president of the Program Council, which governed the committees that used student funds for programming. The Coffeehouse was a weekly event and occasionally featured special concerts like John Denver, Judy Collins, and Linda Ronstadt & the Stone Poneys. We renovated an old ROTC building for the first location and in later years when they tore it down to “put up a parking lot,” we moved into the Student Center building.

DA: I went on to more committees like Fine Arts, Travel Programs, and the Entertainment committee, which brought in artists through the years like ZZ Top, Crosby, Stills, Nash & Young, Carole King, the Carpenters, Tom Jones, and the Rolling Stones. I didn’t interact with all of these particular artists, but ran the organization that provided opportunities for students to be volunteers and learn about the many aspects of how programming works.

I also hosted NEC [now NACA] conferences for universities to bring their student programmers to hear artists, which could be compared to what I now do at SWRFA. It was at one of those conferences that I met artists like Allen Damron and Ray Wylie Hubbard and first heard about the Kerrville Folk Festival.

DA: I think that’s a discussion that continues to be dialogued by thousands for days and weeks at a time. I don’t really worry about “folk” as a label. My interests and those of the festival are driven by songwriters and the support of artists that can’t not write songs. That’s a whole other interview in and of itself.

But to be very clear, the Folk Alliance is not restricted to songwriters. It’s a music business organization that embraces every form of music, and SWRFA is a branch of that tree. The diversity of being at the helm of these two different events is a great gift to me.

DA: To create relationships that last long after any single gig would. Many folks come back year after year and encourage new folks to join us because they value the communication and connections made at the Conference. 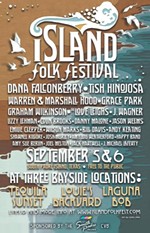 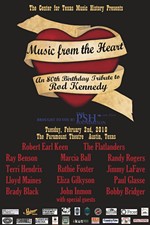