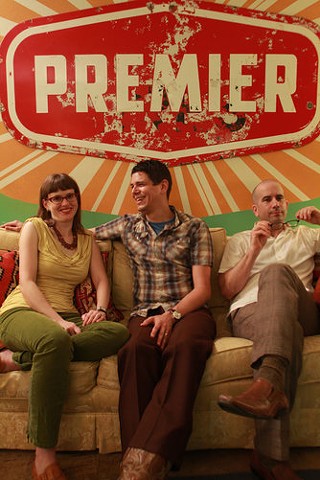 Sarah Norris, Phillip Moody, and James Fidlon (by Will Branch)

Local jazz-rock misfits Bee vs. Moth offer a taste of their new LP Shelter in Place with a lo-fi video that reasonably justifies renting three rubber gorilla masks and wasting several dozen bananas as they reveal the office politics of primates.

It’s a crummy day at the job for one knuckle-dragger who shows up late, annoys his boss by texting during a meeting, gets caught looking at baboon pornography, and finally destroys several computers. Looks like a call to Hominidae Resources may be in order.

Meanwhile, the musicians are going apeshit as the eccentric Austin power trio of bassist Philip Moody, drummer Sarah Norris, and guitarist James Fidlon low-ride a tight groove under the funky scrape of a güiro and through a section of spazz-jazz guitar shredding on horn-imbued instrumental “It Looked Good in the Showroom!”

Bee vs. Moth’s third LP in seven years, The Shelter in Place arrives tonight with a CD release show at Spider House Ballroom that bills the insect enthusiasts with equally virtuosic oddballs Peter Stopschinski and Foot Patrol. Next week the local trio shoves off on a national tour, taking their funky, distorted jazz hijinks to the eastern seaboard. 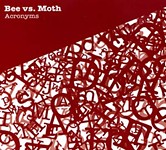