Famous for his gritty street persona, Prodigy put his stamp on rap beginning in the early Nineties, with hyperreal, often controversial commentary. The Queensbridge, New York, MC swings back locally after an April date at the Parish with his day job, Mobb Deep. This time he guests with soul/jazz/funk New Orleans brass tacks the Soul Rebels at Emo’s Friday. 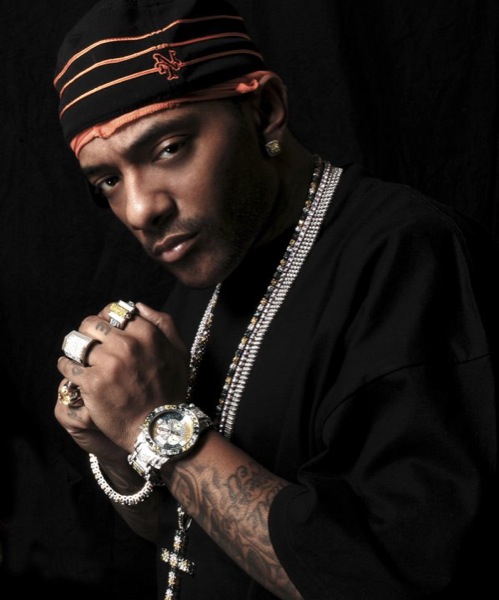 Austin Chronicle: Who were your idols growing up?

AC: In a recent interview, Childish Gambino made comments about how rap was missing its sociopolitical nature.

P: Yeah, it’s definitely missing. It’s there, though, but not a lot. I’m kinda glad a lot of people aren’t doing that – because that’s what I do [laughs]. You have people that that’s all they do. That’s all they rap about, but never had that mainstream success.

It’s a weird, fine line you have to walk – when you try to touch all topics of music. You can have some conscious rappers, [but] street kids ain’t hearing that. Then, you have that hardcore, straight [ignorant] rap, and the conscious crowd is saying, “That’s too ignorant for me.”

How do you make music that captures everybody’s attention? That’s what I want to do.

AC: Only other person that pops in my head right now is probably Kendrick Lamar.

P: Exactly, that’s a perfect example of somebody that does that. It makes you think about artists like Tupac, who was another example. It’s difficult to not lose yourself, in doing that, and also [not] lose your audience.

AC: There’s no room for error.

P: Exactly. You have to be real careful how you approach the songs. I’ve had times where some of my lyrics offended people. They’re just going off the surface, and not thinking deep into what I’m saying. The song’s only two or three minutes – you’ve got to get your point across.

AC: People had a lot to say about your thoughts on the Illuminati. You’d already touched on it, though, so it wasn’t a stretch.

P: It was kind of an old subject I’d been talking about it since ’96, ’97. As time went on, and people learned more about it, I could talk more about it.

AC: You recently did a track with Your Old Droog. You have A$AP Mob and Pro Era, with Joey Bada$$. How do you feel about these kids carrying that Nineties, golden era torch?

P: I like how A$AP Mob did it. They came with their own style, fashion, sound, beats, the way they rap. But at the same time, they have on a Death Row hat or a Dipset shirt. They do it in a unique way. Joey Bada$$ is dope too – the beats he chooses and the way he raps.

AC: Your friendship with the Alchemist has been widely noted. You have a natural synergy that creates great performances. How is it working with him?

P: I think Al’s style of beats is really unique. He’s locked into a certain, particular sound, and he sticks with it. He sticks to his guns, no matter what’s popular on the radio, or the clubs, or what’s selling records. Al will tell me. Al will sit me down, like, “Yo, what the fuck are you doing, man? You gotta keep it like this.” He’s a purist to the bone gristle.

AC: You’re working with the Soul Rebels here in Austin. Is the live experience something you’re interested in? Maybe something similar to Ghostface and Adrian Younge?

P: I actually worked with Adrian Younge on the Albert Einstein album. He co-produced one of the songs with Action Bronson, called “The One.” He came to the studio with me and Al, and was like, “Here,” and gave us all his sounds for the records he did with Delfonics, Ghostface. He just gave us all the sounds and said, “Sample me.”

The Soul Rebels are a unique band, with all the horns. I’ve done a bunch of shows with them already.

AC: Any new music on the way?

P: Definitely. Me and Al working on a new album. I’m working on a solo album, with Havoc producing the whole thing. Of course, we’re also working on Mobb Deep all the time.

P: For me, success is making projects, like albums, that have meaning to me, and my circle of people. That’s success. Owning my label, owning my masters, and making music that makes me feel good. 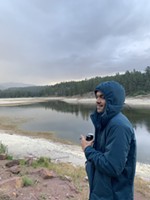 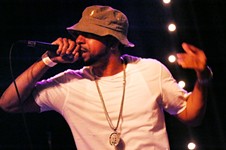 Chaos in Tejas Live (First Night): Meyhem Lauren/Roc Marciano
If a rapper raps and nobody’s there to hear it...