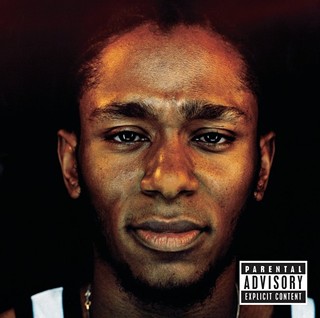 ‘Black on Both Sides,” by Mos Def – now Yaasin Bey.

“Allow me to reintroduce myself. My name is....” Kahron Spearman, lover of most genres, but focusing mostly on the urban variety. More so than any other genre except jazz, rap’s merits have been built up, brought down, and deconstructed in ways innumerable. This was best verbalized in Mos Def’s “Fear Not of Man,” from his 1999 solo debut, Black on Both Sides.

“Listen, people be askin’ me all the time, ‘Yo Mos, what’s gettin’ ready to happen with hip-hop?’ (Where do you think hip-hop is goin’?’)”

One of the stark turnabouts is hip-hop’s current insistence to be mainstream, and the glorification of perceived success. These run contrary to the realities of urban America, and to the origins of hip-hop itself as an inherently outsider culture for those shunned and shut out by mainstream America. Because of the lack of balance that was previously widespread, stratification for rap music is largely nonexistent.

Either you’re talking about guns, women, drugs, or money, or you’re not part of the greater dialogue. You can be “cool,” but by in large, your talk needs to concern the “turn-up.” That’s your finances, how you employ Mac 11s in the alleyway, and/or mistreating “bitches” whenever convenient.

With few exceptions, major record labels are only willing to properly promote negative rap music. To be frank, record companies are using rap music in the same way cartels flood markets with cocaine. The majors take the powder (talent), add baking soda (360 deals, bad or nonexistent A&R, insistence on negativity), and water (the meting of sophistication), then watch it rock up.

Young black men, for the most part, don’t always know if it’s reasonable to think they’re going to make it out, but they can be cool. That’s a harsh, but the numbers provide validity. This packaged crack rap feels like Eighties-era professional wrestling. Everyone has a part, face or heel, with little room for nuance.

“People talk about hip-hop like it’s some giant livin’ in the hillside. Comin’ down to visit the townspeople. We are hip-hop. Me, you, everybody – we are hip-hop.”

Black, white, brown, yellow, red, and beyond, if you make it or enjoy it, you are hip-hop. Care for it. Embrace it.

As an online columnist, I’m not typically a rear-view person, but during the genre’s so-called golden era, a proliferation of sub-genres existed that’s barely perceptible – or remembered – now. Each group discussed, in its own way, acknowledgement of a similar struggle. Now, we seem intent on not only discarding consistent discussion of issues, we’ve taken it a step further by trying to forget they’re even there, thus the propagation of drug use.

While that’s symptomatic, it’s producing a selective (and seductive) cloud of amnesia. Hip-hop, originally the razor’s edge of urban America, has reality shows. Actual life turned down for us. Rap’s been blunted, both literally and figuratively.

And only at that point, and not before.