Graham Nash made for the easiest rock star interview I’ve ever had the pleasure of conducting. The English light tenor is in town Thursday. First at BookPeople – signing copies of last year’s terrific autobiography Wild Tales (12:30pm) – then in concert with David Crosby and Stephen Stills at the Long Center, celebrating new box set CSNY 1974. 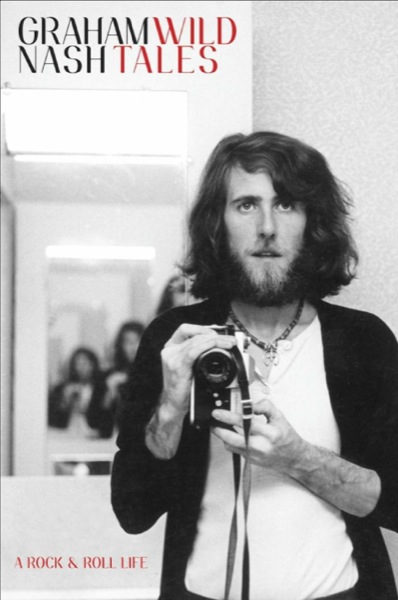 Geezerville: One of the lines that I got a big laugh out of in your book was “I’m 72 years old. Can you believe it?”

GN: Not really. The same things apply. We try and give our audience value for money. We try to touch their minds and hearts with every song. Give them something to think about. We don’t just play rock & roll in E.

I guess things have changed slightly because it used to be you’d get into a hotel and you’d turn on the television and watch the news, but quite frankly, the news gets to be the same after all these years. It’s the same military madness going on.

That was one of the things about the box set that I realized right up front – was how relevant some of those song still were. Take my song “Immigration Man.” I mean holy Toledo, if that’s not still relevant this morning, what is?

G: The 1974 tour was ambitious for its time, but it was only afterward that everyone realized you could build a tour around playing arenas and stadiums and make a lot of money. From the vantage point of today that seems like it was a huge turning point.

GN: One of the difficulties was making sure the person in the back row had as good an experience as the person in the front row. When you’re dealing with 80 or 90,000 people that can sometimes be really difficult. The Beatles had played Shea Stadium, of course, and the Rolling Stones had done some big gigs in Hyde Park, but nobody had ever done an entire tour of those kinds of places.

It was ambitious, but quite frankly, we were a very confident band. We knew we had the musicianship and we knew we had the songs. We knew that if we did the best we could to stay in contact with the people, we would be able to pull it off. I think we did and I think the box set shows it.

G: You’ve said that putting the box set together was the most difficult project you’ve ever done. Was that because of the personalities involved?

GN: No, it wasn’t personal at all. It was technical. Because all the multi-tracks we made were done in different places. Some were outdoors to thousands and thousands of people. Some were indoors. My job was to make it appear that you were sitting in the audience in one hall. I didn’t want your brain thinking, “Well that sounds different from the last track,” or, “This is obviously from a different night.” I wanted to present a concert to you where you didn’t think about anything but the music and the performances.

G: And some of those shows lasted three or four hours.

GN: Absolutely. Our first show was four hours and 25 minutes.

G: One of things you spoke of in the book was how the band offered up political talk during the George W. Bush years and some of the audience walked out.

GN: When you buy a ticket to a Crosby, Stills, Nash & Young concert what do you expect?

G: That was my reaction. What were those people thinking?

GN: One of the things that I would like to do is talk to every single person who walked out when we started to play the song of Neil’s called “Let’s Impeach the President for Lying.” I’d like to talk to those people now and see what they feel about the Bush Administration in hindsight, about how they lied us into the Iraq war and almost a million Iraqis were killed and the Americans that were killed. I’d really like to hear what they think about it now.

G: Do you still get any of that kind of reaction?

GN: Nobody has walked out on us for a couple of years. I think people are beginning to understand the manipulation that politicians put us all through. With the Internet, the whistle blowers have opened up a giant hole on how the world works.

G: I remember going to the No Nukes rally in New York’s Battery Park in 1979 that you were involved with. It’s not like politics are something new for you.

GN: There were a quarter of a million people there.

G: At the time I was involved with a group who was trying to stop a nuclear plant from being built on Long Island where I was living. I don’t know if you remember the fight over building at Shoreham.

GN: Of course I remember Shoreham. What’s going on in Japan in Fukashima is a nightmare right now. I’m never going to be one of those people who say, “I told you so,” but most of the things that we were trying to bring awareness to all those years ago are blazingly apparent today.

G: Getting back to the book. The first chapter is a mind-blower. You capture the moment of the first time Crosby, Stills & Nash sang together so well. Was that you idea to put it at the beginning of the book?

GN: Absolutely. That’s where my great life started. I had a great life before meeting David and Stephen, of course, but that point as a musician was a high point of my life.

G: It was so good. I was thinking to myself, I hope the rest of the book lives up the beginning.

GN: I was trying to make it as if we were sitting in your kitchen talking. 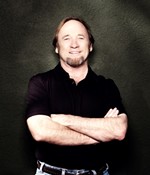