Adam Carroll: Let It Choose You

Hailing from Tyler, Adam Carroll remains one of the best singer-songwriters in his home state. Many consider his “Rice Birds” a peak: “I was thinking of you when the rice birds flew/ When the false dawn came with the morning dew.” He sang it at Jenni Finlay’s anniversary party last week, while locals said under their breath, “Yes, that’s Adam Carroll.” 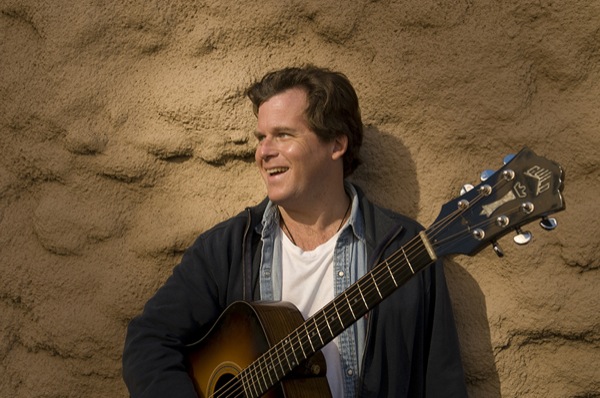 After eight albums, he’s going stronger than ever. Consider his latest, Let It Choose You, Exhibit A. He’s headed out on tour, but you can catch Carroll next in Austin on September 21 at Strange Brew.

Austin Chronicle: Tell me about the new disc.

Adam Carroll: In 2011, I went on a musical quest in Eunice, Louisiana, to the Savoy Music Center. Marc Savoy is an accordion builder. They have a jam on Saturday morning where all of the local Cajuns come and play fiddles, triangles, guitars, and squeezeboxes. They speak and sing songs in French. On New Year’s Eve that year, I bought a squeezebox from Savoy and decided I would have to make a record so I could learn to play Cajun accordion on it. Lloyd Maines produced it.

Out of eight records, Lloyd has produced five of them. We had a record release show at Cheatham Street Warehouse in San Marcos. [Owner] Kent Finlay has been a big supporter of my music since I moved to San Marcos in 1999. I don’t think my life or music would be the same without him.

AC: What was it like growing up in Tyler?

AC: Tyler is in between Dallas and Shreveport. Tyler is very Southern both in geography and in population, which sets it apart in Texas from places like Lubbock and San Antonio. It’s a beautiful city with lots of hardwood trees that can have spectacular colors in the fall and it’s famous for its azaleas and roses.

Yet it has a dark side as well, which is why I’ve identified with and taken a lot from writers and musicians like Flannery O’Connor, William Faulkner, and Lucinda Williams. My dad is a lawyer and my mom is a musician and a music teacher.

AC: Were your parents supportive of your music?

AC: Very. Mom and dad have both been very supportive of me. I think they saw that I was happy with music and wanted me to be somewhere that I could thrive. I have to say without them I probably wouldn’t have gotten very far.

AC: What was life like in high school? Did you play music?

AC: Like a lot of musicians, I had a rough time in high school. I felt like an outsider most of the time. I didn’t go on dates. I didn’t get invited to parties. I didn’t have many friends. I really just saw most of my high school experience from the point of view of watching other people participating in it while being mostly being invisible myself. I lived in my own head most of the time, which can be a lonely place but a familiar one.

My parents sent me to a boarding school in Lenoir, North Carolina, for my senior year. I lived with kids from Japan, Africa, Mexico, and other parts of the United States. It was a small school and I had a much better time there with more freedom and flexibility than my home town could offer me at that time.

AC: What was the first song you wrote?

AC: The first real song was called “Picture Show.” I recorded for my album Far Away Blues. I had written some before that, but I couldn’t seem to connect the music with the words in a way that made sense.

AC: What music influenced you most when you were growing up?

AC: For a long time I listened to whatever was on the classic rock radio station. Later I discovered John Prine, Guy Clark, Townes Van Zandt, and Bob Dylan. Butch Hancock might be my biggest influence as a songwriter. I’ve taken a lot from him. He’s amazing as a person and an artist. All those guys were very underground and off the radar to a guy from East Texas.

AC: At what point did you make the decision to pursue music full time?

AC: I started doing some open mics and some openers in Dallas at Poor David’s Pub. I entered [“Poor” David Card’s] B.W. Stevenson Songwriting contest and made an impression on him. He started giving me some really good openers there, but I was still living at home. After I made my first record with Lloyd Maines, South of Town in 1988, Maines gave me the confidence to start reaching out to music venues and other Texas musicians.

I give a lot of credit to Terri Hendrix. I met her at Larry Joe Taylor’s music festival in Meridian. She said, “Adam the music is not going to come to you. You have to go to it.” Terri had a lot to do with me moving to San Marcos.

AC: How do your feel about the industry these days?

AC: It’s been a struggle and an uphill battle, but I’ve built a small, loyal group of fans. I’m relying more and more on them to spread the word about me to more people. I would like for the music business to notice me more, but it changes so fast that I can’t really keep up with who I should be talking to. I’m trying to stay focused on writing, performing, and honoring my songs and the people who I play for by being an ambassador of goodwill for them.

I have cerebral palsy, though I’m lucky because it’s pretty mild. I walk a little differently than a good number of people and I have some physical challenges, but the worst of those are pretty much over. I don’t think that makes me special, but I would like to help others who have those struggles if I can.

AC: What inspires your writing lately?

AC: I think traveling around to different places and meeting people and seeing how the land and people shape each other. I take those experiences that I’ve had and then I go home. Sometimes I’m able to turn it into a song. Truck stops are good material for songwriting, especially late at night, but some are better than others. 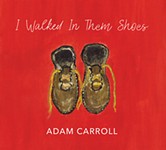 Adam Carroll
I Walked in Them Shoes (Record Review) 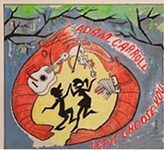