Last January, we sat down with Curtis McMurtry on the eve of his graduation from Sarah Lawrence College and his relocation to Nashville. A third generation Texan, grandson to Lone Star legend Larry McMurtry, and son of Americana scourge James McMurtry, he’s now back in Austin and celebrating his debut LP, Respectable Enemy, on Saturday at Strange Brew. 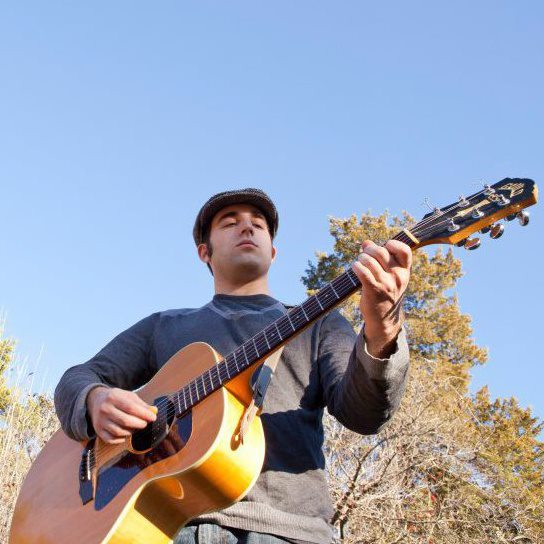 Curtis McMurtry: I got to meet and write with some of my heroes. I’ve learned that my very favorite living songwriters are almost all Austin songwriters, but the average songwriter in Nashville is light years better than the average songwriter in Austin. There’s considerably more attention to form and consistency amongst the Nashville crowd, especially the East Nashville crowd. Songwriting is less of a confessional process for them. They’re not as sentimental about their songs, so they have an easier time cutting the lines that aren’t as strong.

AC: What made you decide to move back to Austin?

CM: I had only ever hoped to live in Nashville for one or two years. It was sort of an experiment to see if I could try my hand at commercial songwriting. Turns out I don’t have much fun writing commercial pop songs, and I don’t mean that as a jab at commercial pop songs. It’s just a different muscle really. Additionally, I started working with Laura Thomas at ComboPlate Booking and Jenni Finlay at Jenni Finlay Promotions, both based in Austin. The label releasing the album is based in Texas. More of my friends were in Texas. My band was in Texas. All my friends in Nashville were on tour all the time, and so was I. Economically it stopped making sense to leave my stuff there.

AC: Who’s in your band presently?

CM: I’ve been playing with a trio since I got back to Austin. Taylor Turner plays upright bass and Diana Burgess of Mother Falcon plays cello and sings harmony with me. For the release party at Strange Brew, we’ll be joined by Paul Pinón on drums and Scott Fennell on tenor saxophone.

AC: How did you select Will Sexton to produce your debut?

CM: I had opened for Will a couple times last year and he was always really complimentary and kind to me. He’s also one of the best musicians I’ve ever been around, so that’s all the thought that went into that decision. Great guy, great musician.

CM: Songs I had been writing separately turned into a theme. Almost all of them are sung from the mouths of villains who have convinced themselves that they’re the victims. All these characters are much nastier than whoever it is they’re mad at, or at least I think they are.

AC: What fascinates you about the personal conflicts in relationships?

AC: Why do you think people are often ugly to the people they love?

CM: Jealousy is a big part. We get jealous and say things we’re feeling – don’t word them delicately enough. Really though, it’s that if someone doesn’t care about you, you don’t have much ability to hurt them, so we only hurt the ones we love. We don’t hurt each other intentionally – except when we do – but people will only really be upset with you if you matter to them in some way, and vice versa.

AC: Do you believe that enemies can be respectable in the end?

CM: Sure. I think about Ludwig Windthorst and Otto von Bismarck a lot in that regard. Bismarck was trying to unify Germany and Windthorst was against him, or at least against his treatment of Catholics. Bismarck said, “Hatred is as much an incentive to life as love. Two things maintain an order my life, my wife and Windthorst; the one for love, the other for hate.” I think enemies are important. We’d be bored without them.

AC: How would you say your father influenced your music?

CM: Funny, no one ever asks about my mom in that regard. She’s not a musician, but she’s introduced me to more different kinds of music than my father has. My dad is amazing, but to him sometimes, there’s Johnny Cash and then there’s that other music. My father’s songs have taught me the importance of meter, making sure your syllables line up rather than using vocal gymnastics to make a verse come out evenly. If it sounds awkward when it’s spoken, then he doesn’t sing it.

AC: What about your grandfather’s influence?

CM: His diligence and work ethic have always been so inspiring to me. He’s the reason I write every day, because he does. When I stayed at his house growing up, I woke up to the sound of his typewriter.

AC: Do you feel extra pressure from your legacy?

CM: No, that legacy opens more doors than it closes. I’m proud to be part of it. There’s a difference between my work and my father and grandfather’s though, and I think that’s because I never grew up in small towns like they did. Most of my characters seem like they come from cities, while most of theirs come from small Texas towns.

AC: What did you get out of studying music at college?

CM: Definitely a greater appreciation for classical music and orchestration. I love me a Townes Van Zandt song, but I love [Stravinsky’s] The Rite of Spring every bit as much. I’m more excited about dissonance and unusual harmonies than I was before I went to school.

AC: Planning to stay in Austin?

CM: For now, yes. Breakfast tacos are very important to me.