Zakk Wylde isn’t the skinny kid that played guitar for Ozzy Osbourne any more. The bruising, blues-tinged metaler and his Black Label Society hammer through tracks from their ninth album, Catacombs of the Black Vatican, at Emo’s tonight. 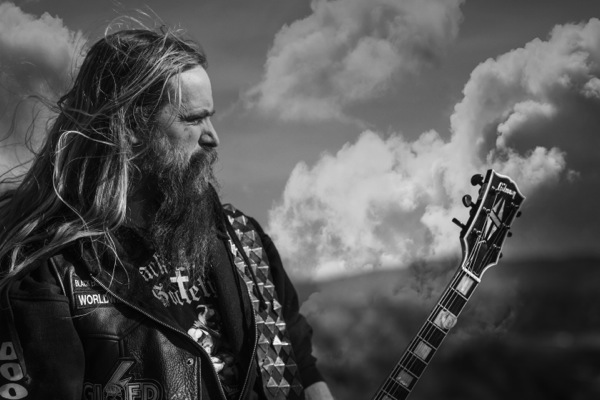 Austin Chronicle: The first time I saw you live was Donington in 1994.

Zakk Wylde: Yeah, Pride and Glory. I remember the bill was Pantera, then Extreme, then Aerosmith. I remember seeing Nuno [Bettencourt, Extreme guitarist], and I was just like, “Are you gonna be doing ‘More Than Words’ today, or are you gonna be leaving it out of the set?” He was, “Nope, we’re doing it.” Well, good luck with that.

AC: I remember them coming on and it was okay, then they go, “We’re going to take the tempo down a bit,” and the sky was white with bottles.

ZW: You’re going on after Pantera? Good luck. It was just hysterical. But yeah, that was a while ago. Over 20 years now.

AC: Do you ever go back and revisit that material?

ZW: Yeah, when we did the Unblackened DVD. It’s cool to revisit all those tunes. A lot of times, I’d do them by myself and I wouldn’t break out the whole band.

We do the mellow stuff, and on this tour we’ve been doing “Angel of Mercy” and “In This River.” A lot of mellow stuff’s not going to see the light of day live. Zeppelin, they’d do “Going to California” and “Friends” or something like that, then it’s back to the rocking stuff. Otherwise, unless we break out halfway through the set and start selling Black Label cots, comforters, and pillows out of the van, you start losing the audience.

That’s what’s great about doing the Unblackened stuff. It’s like the Eagles doing all the mellow stuff. That’s what you're going to see.

AC: You have a reputation as a guy that everybody gets along with, which is pretty rare in metal, plus you’ve even stayed on good terms with ex-band members.

ZW: I always tell the guys, you’ve got to do your own thing outside of this, ‘cos I’m always going to be the Salvador Dali of Black Label. The whole thing, like with Oz, I couldn’t ask for more as a guitar player. That’s the highest pinnacle you can have as a right hand man. Saint Rhoads set that standard. It was Randy, then it was Jake [E. Lee], now you have Gus [G.]. There’s no higher accolade than playing with Oz.

We’ve got Dario [Lorina] in the band. He’s 24 years old and a phenomenal guitar player. He’s a great kid and he has this solo record out right now, this instrumental shred record that he’s just killing it on. We were just talking about it last night. When Black Label’s down and I go do the Hendrix experience again – and do metal all-stars over in Europe – when those breaks come in, maybe you can go out and promote your solo record.

AC: There’s was a lot of talk after you and Phil Anselmo and Rex Brown did some Pantera tracks together. There was a long time in your career when you had the shadow of Randy Rhoads over your shoulder, and then when anyone talks about Pantera getting back together, your name is in the mix. I wonder about doing those tracks and getting that rumor mill going about stepping in a replacement for Dimebag Darrell.

ZW: Me and Phil, we always talked about doing Down and Black Label anyway. If you like Black Sabbath, chances are you like Zeppelin, and if you go to a Down show, there’s Black Label shirts everywhere. Dimebag shirts, Randy Rhoads shirts, Ozzy shirts, Sabbath shirts, Zeppelin shirts. When people aren’t wearing the Black Label colors, those are the shirts they’re wearing. So it’s just a common bond, and me and Phil always said, yeah, eventually, down the road, we should definitely do something.

When we did get the opportunity to do it, Phil said, “Well, Zakk, we’ll probably end up doing one of the P songs. Just let me know what tune you want to do.” “I’m Broken” is a great song, and Dime’s shredding in it. We learned it, the band soundchecked it, and I said, “Phil, right after we get done with ‘Stillborn,’ once you hear the riff, just come out on the white stallions with the harem of chicks and the ice sculptures and strippers and hookers. Just come out on the throne. We were all laughing our balls off, but it was a blast and an honor.

Whenever anyone asks me about the Pantera thing, it’s like Noel Redding and Mitch Mitchell asking Eric Clapton if he would get together and celebrate Jimi and his greatness. Why would Eric Clapton say no? He’s one of Jimi’s friends. As far as I'm concerned, it’s a beautiful thing. You’ve got Eric Clapton up there, jamming with Mitch and Noel, singing all of Jimi’s songs and playing all of Jimi’s licks, because this is his buddy and he loves him. There’s no replacing Jimi Hendrix. Who the fuck talks about shit like that? It’s like, there’s no replacing Randy Rhoads, but you’re celebrating Randy Rhoads’ legacy and his greatness and why everybody loves him.

As far as I’m concerned, it’s a celebration of all things Pantera. All the mountains they climbed and all the mountains they conquered, and celebrating Dime’s greatness. When Zeppelin got back together and they had Jason [Bonham] on the drums, he’s not replacing his father. He's celebrating his dad. That’s what makes it so moving. You don’t have a drummer back there, that’s his son.