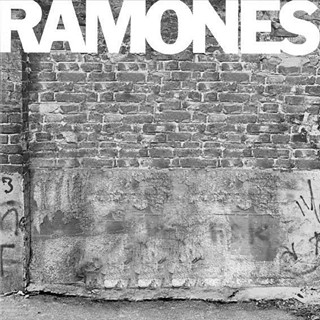 The meme spread like a rash across the Internet, telling a tale more powerful than any news report: The cover of the Ramones’ eponymous, 1976 debut – wherein Roberta Bayley’s photo introduced the world to the de facto blueprint punk band – stripped of all four members.

Joey, Johnny, Dee Dee, and Tommy had all been erased. All that was left was the bold-lettered logo up top. The brick wall now stood starkly in the foreground.

Erdelyi Tamas, the Hungarian immigrant who changed his name to Thomas Erdelyi in the New World, then to Tommy Ramone to play punk music, died Friday, July 11, in his home in Ridgewood, Queens. The New York Times reported the cause as bile duct cancer, and his age as 65.

Hard to fathom a world where not a single original Ramone survives. Bands that inspired them still count living members, but the Ramones didn’t just write the book on punk rock, they crystallized and distilled it, which in turn created all indie and alternative culture. While the last decade was devastating knowing that three of the original four were gone, it was comforting that Tommy was still here, living into his Sixties as the rest couldn’t.

Now, at 65 – retirement age – he’s gone, victim to the very thing that killed two of his brudders, Joey and Johnny. This is literally the end of the Ramones.

Few people realize much of the Ramones’ vision was Tommy’s. He had a recording engineer background, reportedly even assisting Jimi Hendrix on Band of Gypsys, and was more advanced musically than the other three ever became. As Punk magazine founder John Holmstrom told NPR: “Without Tommy, there’s no Ramones. Because at first, they were not very good musicians, and I think Tommy whipped them into shape.”

He was supposed to be their manager, but when everyone realized Joey would be more effective singing than drumming, Tommy manned the kit. No one else could drum with the simplicity required. Yet he wasn’t a drummer.

When teenaged Tommy Erdelyi joined Johnny Ramone (né John Cummings) in Forest Hills garage combo the Tangerine Puppets, it was as a guitarist, while Johnny played bass. Tommy gave the Ramones a groove they lost when he left the band. Tommy swings. No other Ramones drummer did.

Tommy also created their look, their image, how their records would sound. How the band would be presented to the public and the press. Tommy was the architect of the Ramones.

Those decisions impacted every succeeding generation. For all their paltry album sales, it can be argued that, much like the apocryphal Brian Eno quote about the Velvet Underground, everyone who bought the first Ramones album was inspired to start a band by those short, sharp, sing-a-long shocks. When they arrived in the UK afterward, all the kingdom’s budding punk bands began playing faster and more stripped down.

One of the facets making Ramones such a seminal work is the guitar in one channel and the bass in the other. You can push the balance knob all the way to Johnny’s side and learn his guitar parts, then push it to the bass side and be backed by Tommy and Dee Dee. Ramones still provides such an important service for beginning guitarists.

After leaving the band in 1978, Tommy produced sons-of-the-Ramones acts including the Replacements and Redd Kross. In fact, he oversaw those bands’ studio masterpieces: Tim and Neurotica, respectively. He also became a voice of sanity in Ramones and punk documentaries, much as he likely acted during his time in the band.

Now? That’s it. The Ramones as we once knew them are gone. The records are still here – the photos, videos, the undeniable impact they had on musicians and culture.

But they are gone. Life Photoshopped them out. 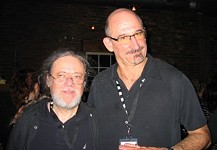