Giving up the Swan 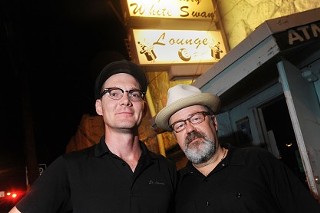 The bar will soon become the King Bee Lounge, to be operated by Stockton's half-brother Billy Hankey, formerly a mixologist at the Good Knight and bar manager at Bar Congress. The new establishment will focus on serving classic cocktails.

Stockton bought the Legendary White Swan, a historic black club serving central Eastside residents since the Sixties, in Feb. 2011, not long after the area began to shed its reputation as a drug-infested corridor. He envisioned it as a lounge and blues bar, but it quickly adapted to host punk rock shows.

“I hoped that it would be a hangout for both the existing community and the new people moving into the neighborhood," Stockton reflects. "That's the part that makes me sad. I didn't successfully pull that off.”

Stockton cites June 2013’s final performance from notorious slacker punks the Chumps, who packed the bar to the rafters and delivered a legendarily rowdy show, as the greatest moment of his tenure. In recent months, he heralds Tuesdays’ Ortiz Bros' Blues Condition Blues Jam, featuring Amplified Heat rock savants Jim and Chris Ortiz, and often Jamey Simms. Stockton, a harmonica player, says sitting in with those high-caliber musicians was a special honor for him. Another key programming staple for the latest iteration of the Swan was the nights put on by the Pirate Punx, which brought in underground hardcore and crust bands.

That residency will carry over to the King Bee, a bar appropriately named after a Muddy Waters song. Stockton says keeping Little Elmore Reed at the Twelfth and Chicon location was a deal-breaker as he went about the sale.

“They’d say, ‘I don't know if I want to have a blues band on Mondays and I'd say, 'Nope, thanks anyway,’” Stockton told the Chronicle.

When autopsying the Legendary White Swan, one may wonder why, with Stockton boasting such an impressive track record running music venues around Austin, this venture one didn’t pan out.

“I’ve had a lot of people tell me I was too ahead of the curve. The truth is [that buying the] White Swan, the Grackle, Live Oak BBQ, and closing the Good Knight Lounge and opening Sputnik all happened in sixth months,” he reasoned. “Along with still having Rio Rita and Beerland, I spread myself too thin and didn't focus on it enough.”

Stockton also purchased the Poodle Dog Lounge on Burnet Road last November. He plans to reopen it next month as the Aristocrat.

“I underestimated what it would take to overcome the area's stigma. I thought that if Randall Stockton took over the White Swan it would work and people would come out. I thought I could put liquor and bands in and it would work, but it was harder than that.” 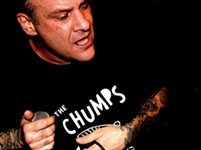