None of my friends like floating the San Marcos River. Objectively, I get it. It’s a short float, a half hour to 45 minutes, with little to no turbulence, and a whole lot of prickly river weeds guaranteed to wrap around the ankles of unsuspecting swimmers.

And yet spending a year living in San Marcos gave me a fierce and unapologetic bias for this river over the Guadalupe or Comal. The water is bracing, just as I like it, and the float, while mild, remains short enough that I can swim half the way without getting wiped out. Twenty minutes down, there’s a swimming hole with a jangly rope swing, and turtles snap from exposed tree roots on the muddy banks.

San Marcos offers paradise in the summer, especially if it’s had a rainy spring. The summer before I started high school, I was in and out of the water so many times I nearly grew gills. When I wasn’t begging any adult in the vicinity for a trip to my favorite place, Sewell Park, I was feeding my new obsession with female MCs.

I went to Superfly’s Lone Star Music Emporium on University Drive with burning questions about women in hip-hop. The guy with amazing dreadlocks at the counter nodded and pulled out a scrap of paper. Over the counter, I watched as he methodically listed out the acts I should look into.

Kicking off an eight-year love affair, that whole summer I listened to Jeanius, Grae’s fifth solo release. Filled with sturdy beats and wicked flow, the album later disappeared from iTunes because of rabid pirating. “Don’t Rush Me” became the anthem of an Austin native who knew Joe Ely, Patsy Cline, Ozzy Osbourne’s No More Tears, and not much hip-hop.

“I yell too much, get stressed too quick, but the best thing about it, I can change that shit.”

Like the San Marcos River, my favorite rapper remains woefully underappreciated in my circle of friends. (I know what you’re thinking: I should get new friends.) But it all sticks with me. Toeing the ledge at Sewell Park as I learned to dive. Yelling Jeanius out my bedroom window during the dog days of summer. Loading up my first iPod shuffle with “Love Song” and “The Time is Now.”

Since 2008, the South African rapper has retired, returned, lectured the Huffington Post about the word “femcee,” released two more LPs, and starred in a wacky webcom Life with Jeannie. I grew up, moved back to Austin, and stayed thirsty for more women in hip-hop. In a genre where my gender is expected to deliver material raunchier than the men, I appreciate the foundation of no-apology, introspective lyrics.

Read more Summer Fun stories (and check out the last few years of fun) at austinchronicle.com/summer-fun as we slather on the SPF and lead up to the release of our special annual issue celebrating Austin's sunniest season. The Austin Chronicle’s 2014 Summer Fun Issue hits the stands Thursday, May 16. 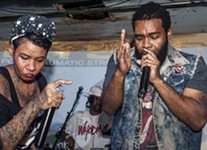 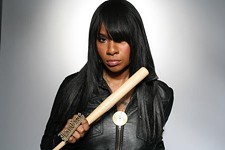 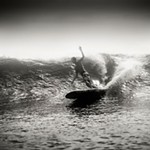 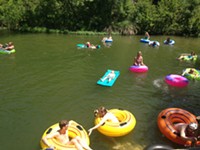